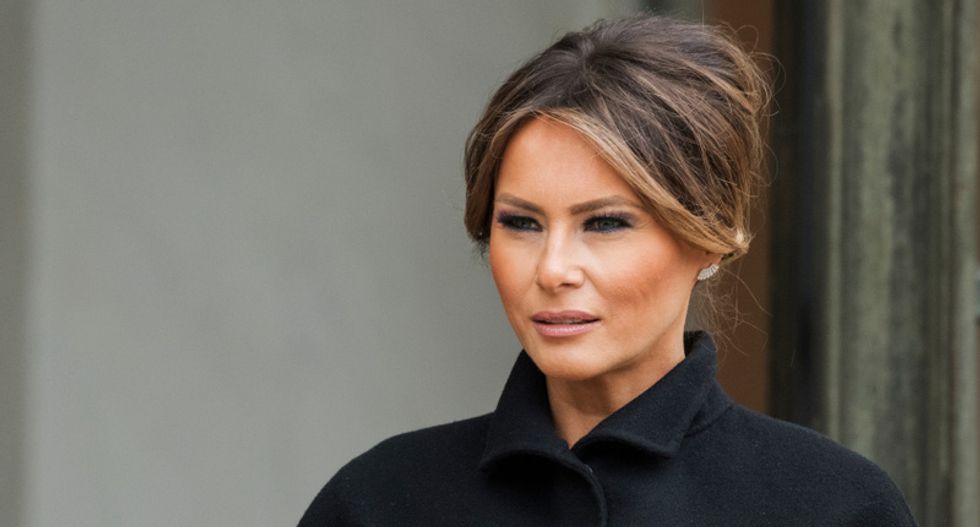 An online publisher helped secure an unpaid White House job for his wife after his website published columns that figured prominently in the Ukraine impeachment scandal.

Jimmy Finkelstein, a wealthy New Yorker who owns The Hill, was involved in discussions with White House lawyers to secure a volunteer position for his wife, former CNN producer Pamela Gross, assisting her longtime friend Melania Trump in the early days of the administration, reported Politico.

The White House never announced her hiring, although she spent about six months advising the first lady, and the unpaid arrangement was never disclosed in dozens of articles about Melania Trump published by The Hill between August 2017 to February 2018, when Gross was advising her after leaving her job as a producer for “CNN Tonight with Don Lemon."

Gross primarily worked from New York, but she filled out a security clearance questionnaire and was given a White House email and cell phone, as well as a temporary access badge.

“Pamela was proud to help the first lady serve our country and the nation’s children in this way," Finkelstein said in a statement. "For Pamela, this was not simply a very worthwhile effort. It was deeply meaningful on a personal level. As the daughter of a 91-year-old Holocaust survivor sent to the Auschwitz death camp as a child, she felt that joining the first lady in helping children, here and around the globe, was tremendously humbling and personally rewarding.”

Several former employees said Finkelstein often bragged that his wife was friends with the first lady, and staffers cited at least one example where they perceived he wanted to please the Trumps and expressed concerns that he had become too close Trump after his nomination appeared certain.

Finkelstein called Bob Cusack, The Hill’s editor in chief, and managing editor Ian Swanson during the 2016 Republican National Convention to complain about an article on Melania Trump's speech, which appeared to contain plagiarized material, one former employee recalled.

Two employees say they noticed Finkelstein at a victory party for Trump during the primaries while watching cable news, and C-SPAN video confirms their account.

'Tell the truth -- this isn't the only racist': Buffalo councilman calls for honesty about racism in the US

A Monday press conference took place in Buffalo, New York, just days after a mass shooting of a grocery store in a predominantly Black neighborhood. Among the speakers was Bishop Darius Pridgen, the Buffalo Council President, who represents Ellicott District and said that it's time to tell the truth about racism and those who promote it.