There are three possibilities why Barr fired SDNY's Geoffrey Berman -- and none of them are good: legal analysts 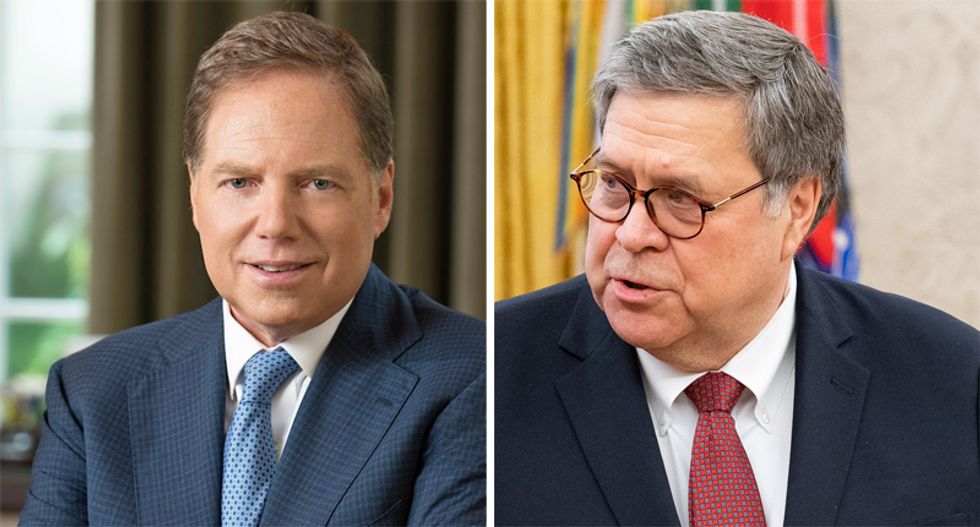 Writing in The Atlantic this Monday, Quinta Jurecic and Benjamin Wittes ask why Attorney General Bill Barr would fire a federal prosecutor just 5 months before the 2020 election. The reason behind abrupt dismissal of the U.S. attorney for the Southern District of New York, Geoffrey Berman, is still a mystery, but Jurecic and Wittes have a few ideas why it may have happened.

One explanation could be simply patronage.

"Trump had decided to appoint Jay Clayton—currently the chairman of the Securities and Exchange Commission—to the job. Clayton, according to The New York Times, had recently golfed with the president at Trump’s club in Bedminster, New Jersey, and had expressed interest in the U.S. attorney job," the pair writes. "So one possibility is that Berman’s removal was merely an effort to clear the path for a person friendly with the president to get a job he wanted. In support of this possibility is Barr’s claim in his letter to Berman that he offered Berman other possible senior jobs—jobs that would arguably be promotions, such as running the SEC or the Justice Department’s Civil Division."

There's also the possibility that Berman's removal was retaliatory. Although he was recused, Berman's office was responsible for the prosecution of Trump's former personal lawyer, Michael Cohen.

But ultimately, the most sinister possibility was that it was done to impede an investigation. Berman's office is currently investigating Rudy Giuliani. "The most acute concern, therefore, is that the Berman firing was not retaliation for something he had already done, but an effort to prevent his office from doing something in the future."