'They don't understand what it means to be American': Ex-Pentagon chief blasts White House 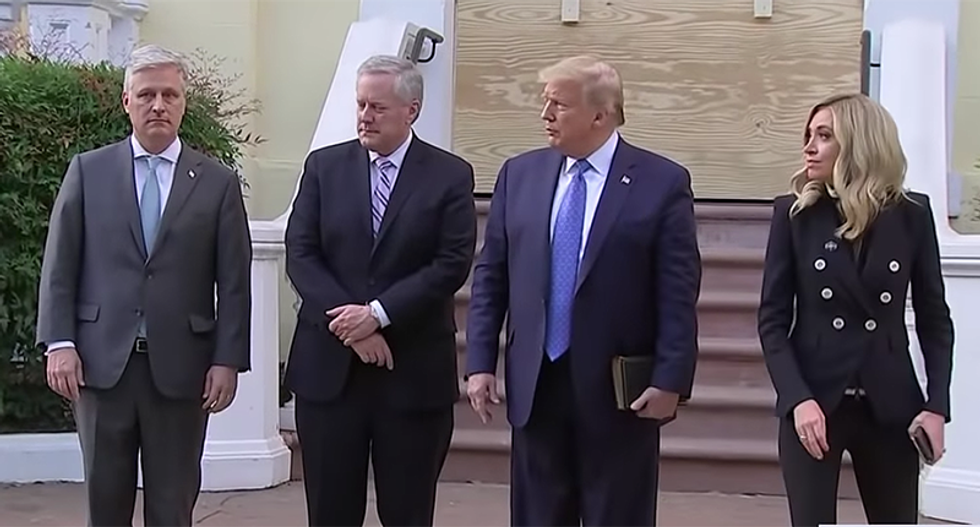 White House press secretary Kayleigh McEnany explained Wednesday that President Donald Trump went to St. John's Church with his Bible because it's what former President George W. Bush did after Sept. 11 and what Winston Churchill did during World War II. The problem, of course, being that protesters demanding an end to police brutality aren't the same as Al-Qaeda or the Nazis and it's police killing unarmed Americans, not Black Lives Matter.

It was a belief that former Pentagon and CIA chief of staff Jeremy Bash called out as unAmerican.

"Here is a thing: Churchill went up against Nazism, George Bush was confronting Jihadi terrorism," he said. "Donald Trump has a concerned nation, a nation on bended knee, a nation with a tear streaking down its cheek because of malfeasance by view symbolizing 400 years of racism and the original sin of our country. The proper response, protest, is part of the American tradition. This is not Nazism or terrorism. If Kayleigh McEnany or the president's spokespeople don't understand, they don't deserve to be in office. They don't understand what it means to be an American."