'Trump became what we feared': New Lincoln Project ad accuses Trump of using the Bible as a prop to boost his polls 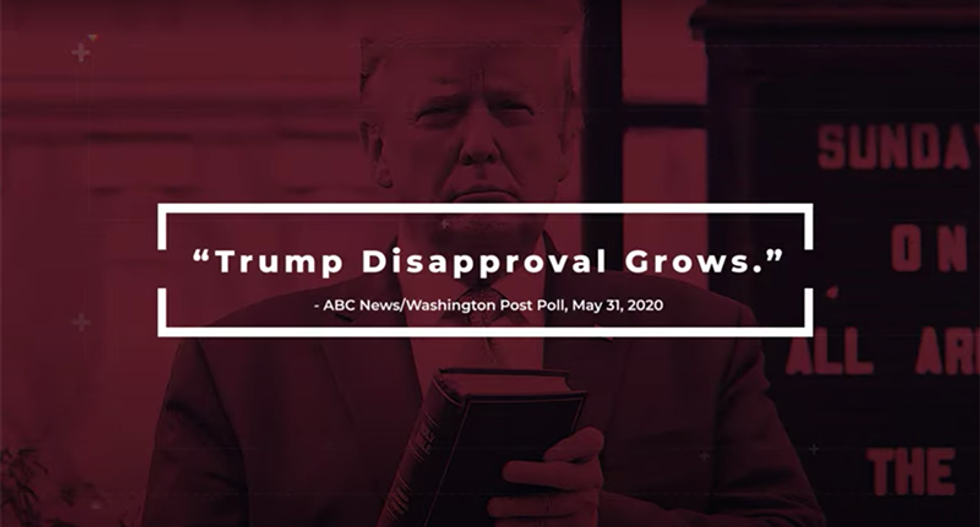 A brutal new ad from the GOP group The Lincoln Project called "War Zone" is attacking President Donald Trump for becoming what Americans have feared he would.

He didn't come out of hiding this week to help calm the nation or to bring Americans together.

"He wasn't there to offer words of calm and comfort," the ad said. "Instead, he became what we all feared. Evoked the worst of our past. Threatened our governors and states. He ordered our own soldiers who fought in Iraq and Afghanistan to flood the streets, instructing them to turn against Americans. Used churches and the Holy Bible as political props. He didn't invoke the Lord to give us wisdom, but to boost his polls."

See the hard-hitting ad below: