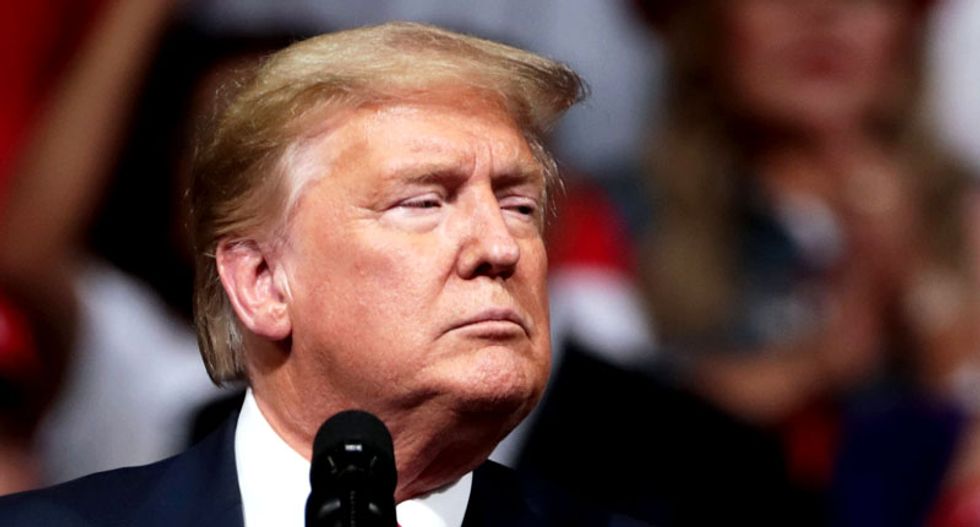 President Donald Trump and his most trusted campaign officials have turned to the Republican establishment for advice as his 2020 re-election chances sink under the weight of the coronavirus pandemic and the resulting recession, but the candidate himself is finding it hard to break his old habits.

The president, his son-in-law Jared Kushner and campaign manager Brad Parscale have reached out to GOP strategist Karl Rove and other establishment figures to enlist support from groups backed by the Koch brothers and the Chamber of Commerce, reported Politico.

“Karl Rove is a smart guy and he knows that if you sit by and let Trump go off the deep end with crazy tweets and an arena show, you’re just killing our Senate guys,” said one source involved in the campaign.

Trump ran as an anti-establishment figure in 2016, but dismal poll numbers for both himself and GOP senators in key states has forced him to suck up to some of the Republicans he once disdained.

“We want to make sure we’re keeping people happy,” one Trump campaign official told Politico. “Many of them are TV regulars and have a lot of experience in politics.”

The president, for his part, spends hours on the phone each week seeking advice from his personal friends, conservative broadcasters and former staffers, and both he and Vice President Mike Pence remain in contact with Pence's former chief of staff Nick Ayers and ex-campaign officials Corey Lewandowski and David Bossie, and former campaign adviser Jason Miller has returned as a senior adviser.

“This campaign is no different from 2016, in that it’s still going to be built from what the president is going to do,” said one senior White House official. “It was a very candidate-driven campaign in 2016, and it’s going to be the same here, but you have a lot of people who want to be part of the team and it’s a bigger tent than it was before.”

“If they want to be part of it, we have the resources now to make that happen,” that official added.

'How civil wars start': Expert explains how America’s democracy is 'ripe to be exploited'

Eric Umansky, ProPublica
Voters in Sweden last month gave a leading role to a far-right party with neo-Nazi roots. Italy is also on the cusp of putting a party in power that has fascist origins. And of course, in the United States, one party has increasingly embraced election denialism and attempted to undermine the legitimacy of the electoral process.

To try to understand what, exactly, is happening, I talked with Barbara Walter, a political scientist at the University of California San Diego who studies democracies across the world. Her book “How Civil Wars Start” has become a bestseller. Rather than talk about the prospects for political violence, we discussed why many democracies are retrenching and how the U.S. stands alone — and not in a good way.

This conversation has been edited for length and clarity.

“What do you make of the administration's request on funding for monkeypox?” Raw Story asked Sen. Jim Inhofe (R-OK) at the U.S. Capitol just days before lawmakers left Washington until after the midterm elections.