Trump has turned us into the 'United States of Idiocracy' — and letting us die: conservative columnist 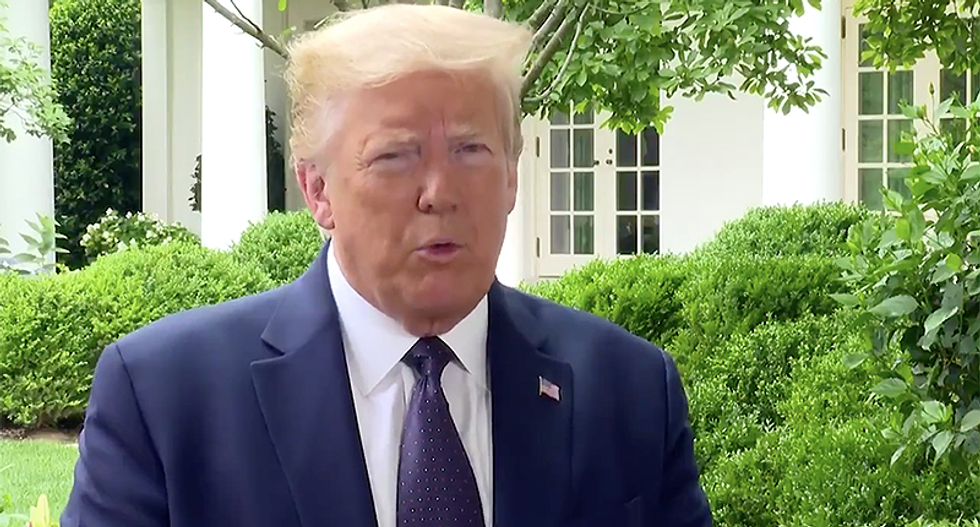 On Tuesday, writing for The Washington Post, conservative columnist Max Boot slammed President Donald Trump for turning America into the "United States of Idiocracy" amid a deadly global pandemic.

"The only thing 'Idiocracy' really got wrong was its timeline," said Boot, referring to the Mike Judge film depicting a future in which everyone in America is stupid. "It has taken just 15 years, not 500, for America to become an idiocracy. Don’t believe it? Look at our response to the coronavirus pandemic."

Boot listed off the litany of Trump's leadership failures, from suggesting Americans inject themselves with bleach, to holding a rally in Tulsa with no social distancing.

"The presidency’s idiocy is matched by that of Republican governors in states such as Florida (where coronavirus cases increased by 277 percent in the past two weeks), Texas (+184 percent) and Arizona (+145 percent)," wrote Boot. "They were slow to declare lockdowns and quick to end them. They also refused to impose statewide mask mandates — and, in the case of Texas and Arizona, tried to prevent municipalities from imposing their own rules — even though studies show that wearing masks can reduce transmission by as much as 85 percent."

This stupidity, Boot wrote, has filtered down.

"An Ohio state legislator said, 'I don’t want to cover people’s faces' because 'we’re created in the image and likeness of God,'" wrote Boot. "A Palm Beach, Fla., woman complained that masks 'throw God’s wonderful breathing system out the door,' while a fellow Palm Beach resident denounced mask advocates for 'practicing the Devil’s law.' A North Carolina woman burned a mask, complaining that it represented 'nanny state overreach.' Wait till these freedom-lovers find out about speeding laws, seat-belt laws and drunken-driving laws, which restrict their 'right' to get wasted and careen down the highway at 95 mph without a seat belt."

"We can and should hold our leaders responsible, but ultimately, we have no one but ourselves to blame," concluded Boot. "Nobody forced so many Americans to act so recklessly — first by placing their faith in a president who doesn’t deserve it, and now in ignoring widely publicized scientific findings. We are living — and now dying — in an idiocracy of our own creation."

When Donald Trump ran for the Republican Party's presidential nomination in 2016, many top Republicans shunned him. Senator Mitch McConnell (R-KY) confidently explained how Trump was "not going to change the platform of the Republican Party, the views of the Republican Party… we're much more likely to change him." He even admitted, "it's pretty obvious he doesn't know a lot about the issues." McConnell alluded to Trump's racism in vague terms, saying, "I object to a whole series of things that he's said—vehemently object to them. I think all of that needs to stop… these attacks on various ethnic groups in the country."

But as soon as Trump won the Electoral College and was declared the winner of the 2016 race, McConnell set to work to ensure he could make full use of the newly elected president regardless of Trump's continued spouting off of dangerous lies and hateful claims. The Senate majority leader was happy to see the seating of ultra-conservative Supreme Court justices Neil Gorsuch, Brett Kavanaugh, and most recently Amy Coney Barrett. He went on an unprecedented spree to remake the federal judiciary into one that is dominated by white conservative men, young enough to reshape legal decisions for a generation. He pushed through a massive tax reform bill that disproportionately benefits the wealthy, allowing almost no room for debate over it. He ensured the Senate turned into a "legislative graveyard," refusing to even consider hundreds of bills passed by the House of Representatives, thereby ensuring that most policy changes during the past four years were shaped by the president's executive action.