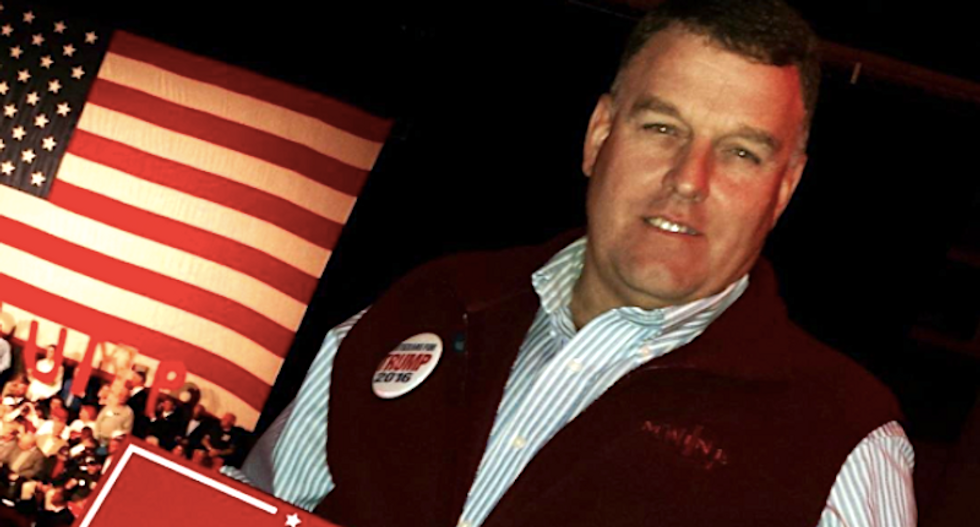 A Maine Republican legislator shared a Facebook meme featuring the Confederate flag, which he says was intended to honor his "colored comrades" from the U.S. Army.

State Rep. Sheldon Hanington (R-Lincoln) shared a post from "The Brotherhood" social media page challenging followers to repost the Confederate battle flag, with the caption, "We will not back down from our heritage," reported the Bangor Daily News.

"I just simply shared a meme that someone else had posted," Hanington said after deleting the post. "I just said that those with heritage to this flag should fly it proudly... I am most definitely not a racist."

Hanington, who is not running for re-election after serving three terms, said he had served in the Army alongside “dozens of colored comrades that were from the south” who “were proud” of the Confederate flag.

House Speaker Sara Gideon (D-Freeport) condemned the GOP lawmaker's Facebook post but declined to say whether he should be disciplined.

“What we share on social media matters and has great potential to cause harm,” Gideon said. “Rep. Hanington’s post was inflammatory, and glorifies a symbol that represents a dark and painful time in our nation’s history. I ask all members of the Legislature to listen to communities of color and do the work necessary to create justice for all.”

Hanington, a supporter of President Donald Trump who also serves on the Lincoln town council, but officials there have not taken any disciplinary action against him.

“He may have a First Amendment right to say what he did," said town manager Rick Bronson. "It still doesn’t make it a good thing to say.”