Trump put senior citizen’s life in 'danger’ by calling him a terrorist -- and the GOP's silence is ‘damning’: MSNBC’s Morning Joe 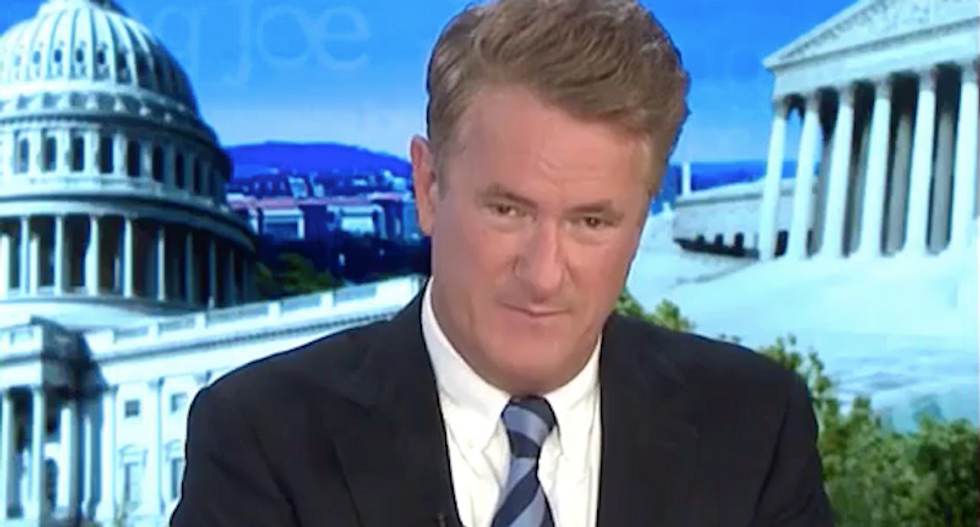 MSNBC's Joe Scarborough said Republican senators were hurting their re-election chances by remaining silent on President Donald Trump's smear against a protester who was seriously injured by Buffalo police.

Senator after senator refused to comment on the president's conspiracy theory attack on the police brutality protester, and the "Morning Joe" host said voters would remember.

"A lot of people look at those Republicans walking past not saying a word as somehow being helpful for the president," Scarborough said. "How dare they? And of course, they should all speak out. [Sen.] Lisa Murkowski, I think, spoke out again, but it is so damning, that with every one of those members of the United States Senate, every one of those Republicans that pass by the microphones and will not stop to defend something that Donald Trump said is damning for the president, and this keeps happening over and over again."

"The president's rhetoric becoming even more inflammatory, the president's language becoming even more offensive," he added, "and for those Republicans, most importantly, since they obviously aren't going to stand up for the rights of senior citizens who are getting brutalized by police officers and sent to the hospital in critical condition, since Mitch McConnell's not going to defend a senior citizen and since every one of those Republicans aren't going to defend a senior citizen, and in fact, the president, who put that senior citizen's life at risk by saying that he's part of Antifa, which he calls a terrorist operation, which other members of Congress tweet out should be hunted down and killed -- since they don't care about that, every picture of one of those Republicans walking past the microphones not saying anything is damning to the Republican Party, makes matters even worse for the Republican Party, makes them look even more like politicians with something to hide."