Trump refuses to say if he officially ordered curb on COVID-19 tests: 'We've done too good of a job' 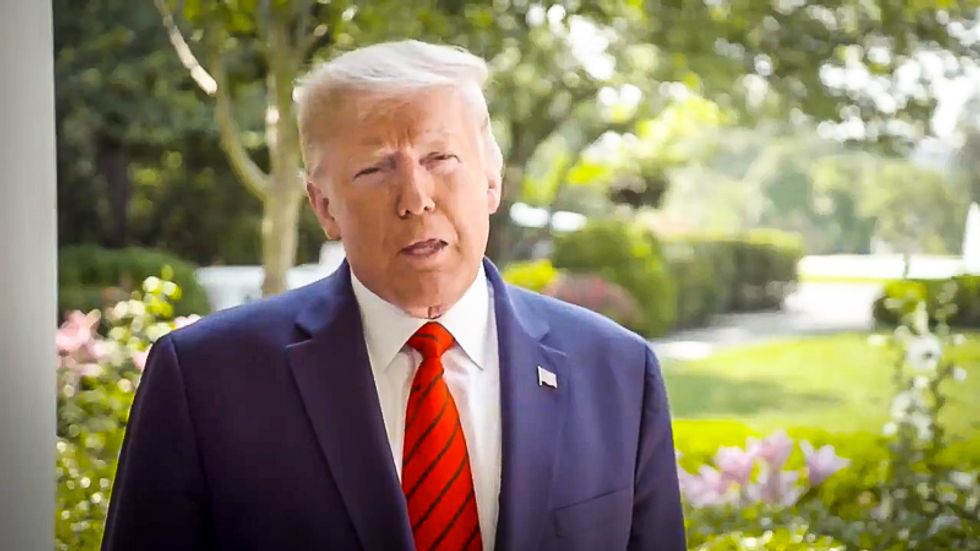 President Donald Trump on Monday refused to say if he had officially ordered COVID-19 testing to be slowed in order to reduce the number of confirmed cases.

"Slow the testing down, please," Trump recalled telling administration officials at a rally in Tulsa on Saturday.

Spokespeople for the president later insisted that the he was "joking" when he made the remarks.

The president was asked about the statement by Scripps correspondent Joe St. George on Monday.

"Does that mean that someone watching on the local news is not going to get a test?" St. George wondered.

Trump dodged the question: "We do more tests than any country in the world by far."

"As you do more tests, it shows more and more cases," he continued. "So, we're so far advanced, both in terms of the quality and the amount. And we're doing all these tests and it shows cases. If other countries aren't doing or if we did slow it down, we wouldn't show nearly as many cases."

The president complained that "asymptomatic" cases and people "with very little problems" are included in the test results.

"But did you ask to slow it down?" St. George pressed.

"Uh, if it did slow down, frankly, I think we are way ahead of ourselves, if you want to know the truth," Trump insisted without answering the question. "We've done too good of a job. Because everytime you go, with 25 million tests, you're going to find more people."

"The reason we have more cases is we do more testing!" he added.