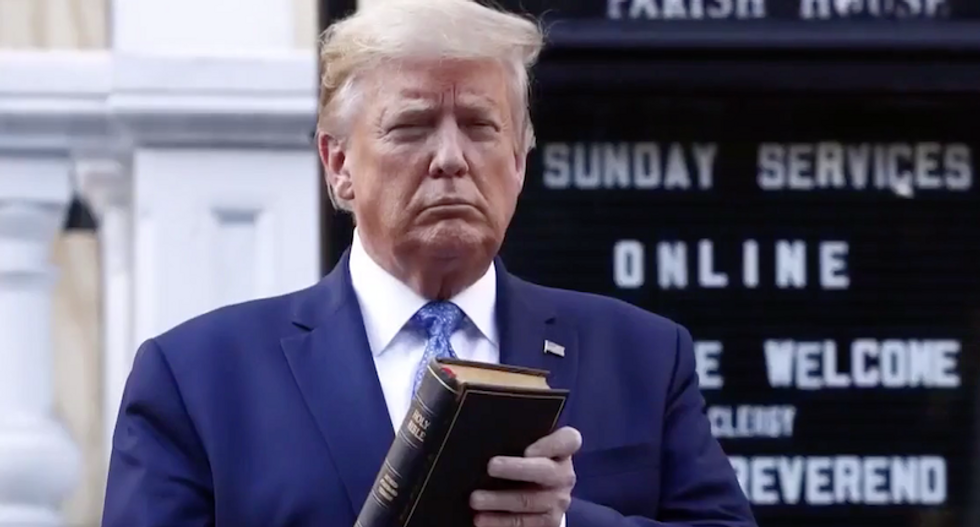 President Donald Trump declared on Fox News Radio religious leaders who criticized his visit to St. John's Episcopal Church to be members of the "opposition party."

The president has drawn widespread criticism for his visit to the vandalized church, which came after the U.S. Park Service and National Guard troops used chemical irritants to clear peaceful protesters from the area.

"Most religious leaders loved it," Trump told Fox host Brian Kilmeade. "I heard Franklin Graham this morning thought it was great. I heard many other people think it was great, and it's only the other side that didn't like it, the opposing -- the opposition party, as the expression goes."