German leaders stunned and angry after Trump announces 9,500 troops will be pulled from region 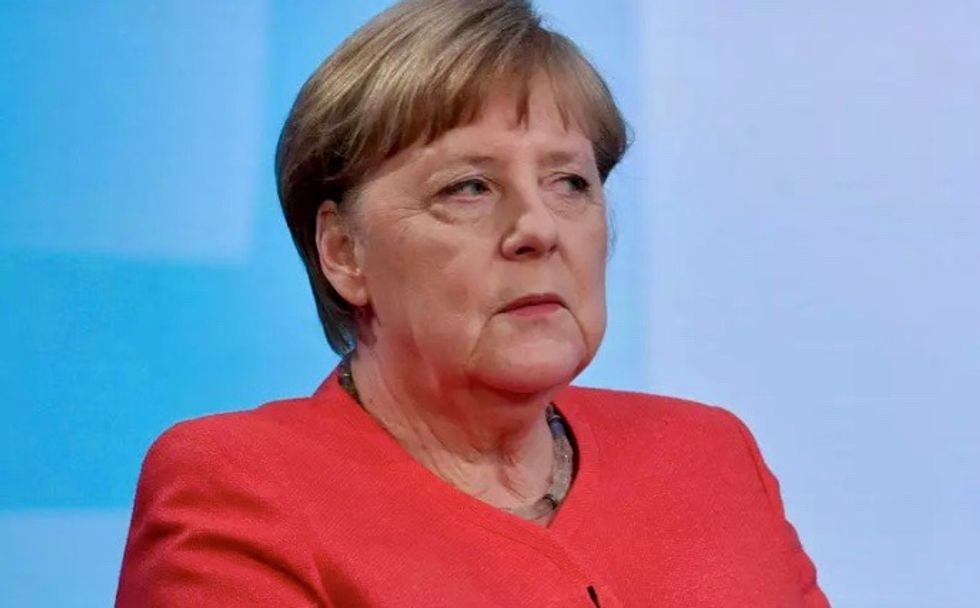 On Saturday, Bloomberg News reported that Germany is stunned by President Donald Trump's new order to pull 9,500 troops from the region.

"Like Chancellor Angela Merkel, the mayor of Grafenwoehr was caught off guard. It’s the latest sign of the U.S.’s deterioration of ties with a loyal ally, one that not only hosts most of its troops in Europe but also has seen them fuel the local economy," reported Angela Cullen and Arne Delfs. "This medieval town, with a tiny population dwarfed by the size of the American military presence, shows just what a shadow the U.S. has cast over Europe after World War II and what its retreat symbolizes in the eyes of locals and international observers. Another troop cut would signal a further break with a legacy of two generations."

"There hasn’t been much nostalgia between Trump and Merkel, who have clashed repeatedly over trade and Germany’s slow timetable for meeting the North Atlantic Treaty Organization’s defense spending target," said the report. "Last month, Merkel snubbed Trump on his plan to hold an in-person Group of Seven summit in June which he’d like Russian President Vladimir Putin to attend."

"While Trump has taken aim at Germany’s economic might, Merkel — the longest-serving G-7 leader after 15 years in power — has stared him down across a broad front, from defending the rules-based global economy to policy disputes such as defense spending," said the report.

"A physicist by training, Merkel also contrasted with Trump in her science-based approach to reopening Germany from its coronavirus lockdown."

Many German politicians are voicing their displeasure at the new move.

“These plans demonstrate once again that the Trump administration neglects a central element of leadership: the involvement of alliance partners in the decision-making process,” said Merkel's deputy caucus leader Johann Wadephul. Meanwhile, "Green party lawmaker Tobias Lindner evoked Trump’s appearances at NATO summits, where he has berated U.S. allies to step up defense spending and called Germany 'a captive to Russia' for refusing to halt the Nord Stream 2 gas pipeline project."