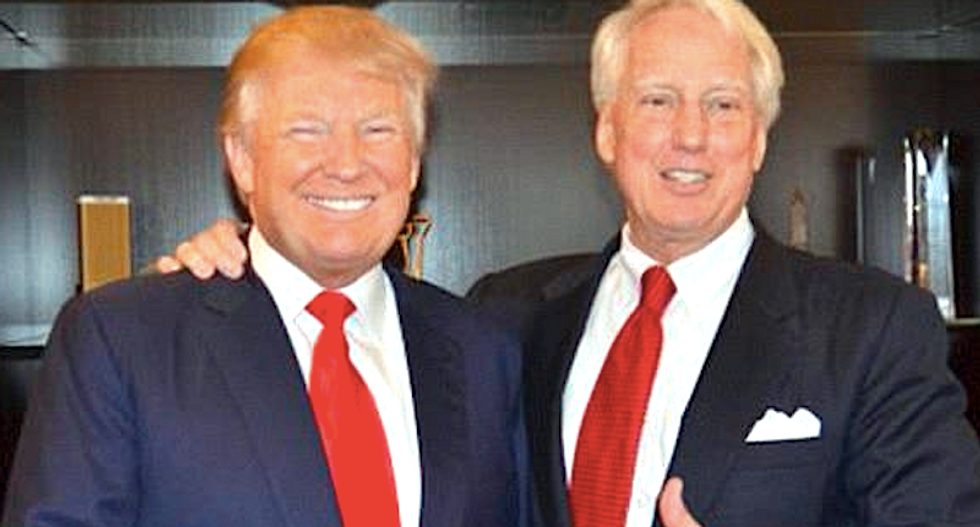 Robert Trump spent at least 10 days at Mount Sinai Hospital in New York, where he was treated for a serious but undisclosed condition, and was discharged Sunday and filed the order Monday  through one of his older brother's personal attorneys, reported The Daily Beast.

“Her attempt to sensationalize and mischaracterize our family relationship after all of these years for her own financial gain is both a travesty and injustice to the memory of my late brother, Fred, and our beloved parents," Robert Trump said in a statement released 48 hours after his release. "I and the rest of my entire family are so proud of my wonderful brother, the president, and feel that Mary’s actions are truly a disgrace."

Robert Trump did not respond to multiple requests for comment, and his attorney Charles Harder -- one of the president's personal attorneys and Hulk Hogan's lawyer during the defamation case that effectively killed Gawker.

Attorneys for Mary Trump, the daughter of the eldest Trump brother, Fred Jr., are expected to file their response soon, which is expected to center on public comments by other signatories of the 2001 agreement -- including Donald and Robert Trump and their sister Maryanne -- which they could argue invalidated the pact.