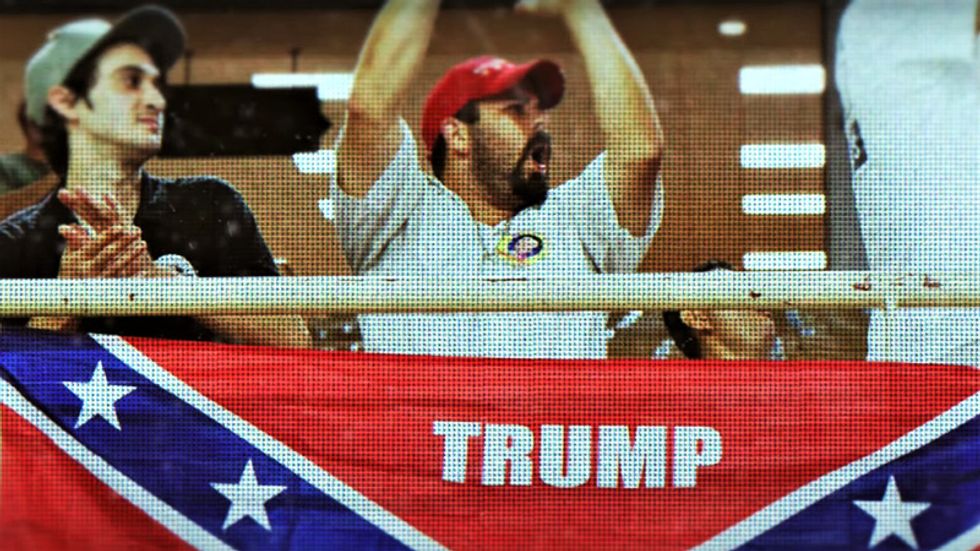 In another no-holds-barred ad from the Lincoln Project -- headed up by Republicans Rick Wilson, George Conway and Steve Schmidt -- Donald Trump is linked to the Confederacy and, by extension, treason against the United States.

The ad notes the prevalence of the Confederate flag at Trump rallies -- some even bearing his name -- and notes, "The men who followed this flag 150 years ago knew what it meant: Treason against their country. Death of the United States,” in the voiceover.

With clips showing the neo-Nazis in Charlottesville, the ad goes on to ask, "What does it say that they’re all in for Trump?"

The ad concludes with what might likely become a campaign slogan against the president asking voters, "This is a time for choosing: America or Trump?"

According to CNN, the Lincoln Project is investing $500,000 to air that ad in the battleground states of Florida, Wisconsin and Michigan.