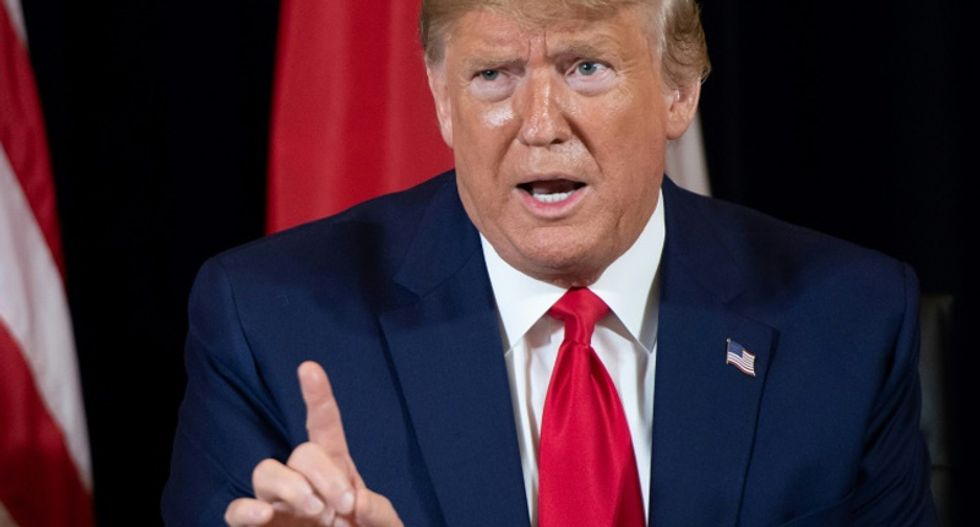 A nation most afflicted with a mental health problem is the least likely to address it.  I am speaking of the mental health, or lack thereof, of the president.  His psychological impairments have been deadly through action and inaction, and are now promoting police brutality through pronouncements such as, “when the looting starts, the shooting starts,” while marking protesters as “thugs”.

It is an uncomfortable fact that needs to be stated: the president’s dangerous psychology has resulted in tens of thousands more deaths, with still no end in sight.  He is responsible for the lockdown and the economic collapse.  We knew in advance that he could not handle a crisis, and that his attempts to cover up his incapacity would result in more devastating crises.

That the mental health field has been silent is unconscionable, and there is no way around it.  If the people cannot count on health professionals to stand up for human safety and survival, to whom can they turn?  Our ethics code explicitly states that physicians have a “responsibility to patients … as well as to society.”  That a prominent psychiatric association has campaigned not just to protect a public figure over public safety, but stopped independent mental health professionals from fulfilling their societal duty, should be the scandal of our era.

Psychological dangerousness in a presidency has translated into social, cultural, public health and now civic dangers.

We know from the pandemic that the exclusion of expert input can be a death expand=1] pact, and mental health is no exception.  Now, with a nation in flames, we cannot pretend it was unknowable.  Mental health professionals do not just diagnose mental illness.  We assess signs of psychological dangerousness, and warning and protecting potential victims, including the public, is one of our most primary duties.  By the time violence erupts, there has usually been a long process leading up to it.

Trump did not invent racism, nor generated the pandemic, but, as we anticipated, psychological dangerousness in a presidency has translated into social, cultural, public health, and now civic dangers.  Human beings are symbolic creatures, and the office of the president carries great symbolism.  A president who lacks respect for life—even disdains it—will give aid and comfort not just to racists but to white supremacist terrorists who are in truth more anti-life than pro-white.

He who tried to revive the death penalty for the wrongly accused “Central Park Five,” who called white nationalists after a murder in Charlottesville, “very fine people,” and who called athletes who respectfully kneel “sons of bitches” but remained silent about a police officer who murdered with his knee, is also the president who will give permission to police brutality as he threatens protestors with “vicious dogs” and “ominous weapons.”  This is after he contributed to grievances by allowing disproportionate COVID-19 deaths among minorities, by invoking the Defense Production Act to force minority workers to their deaths, and by allowing big businesses to profiteer off the pandemic while leaving minorities especially defenseless against layoffs and evictions. 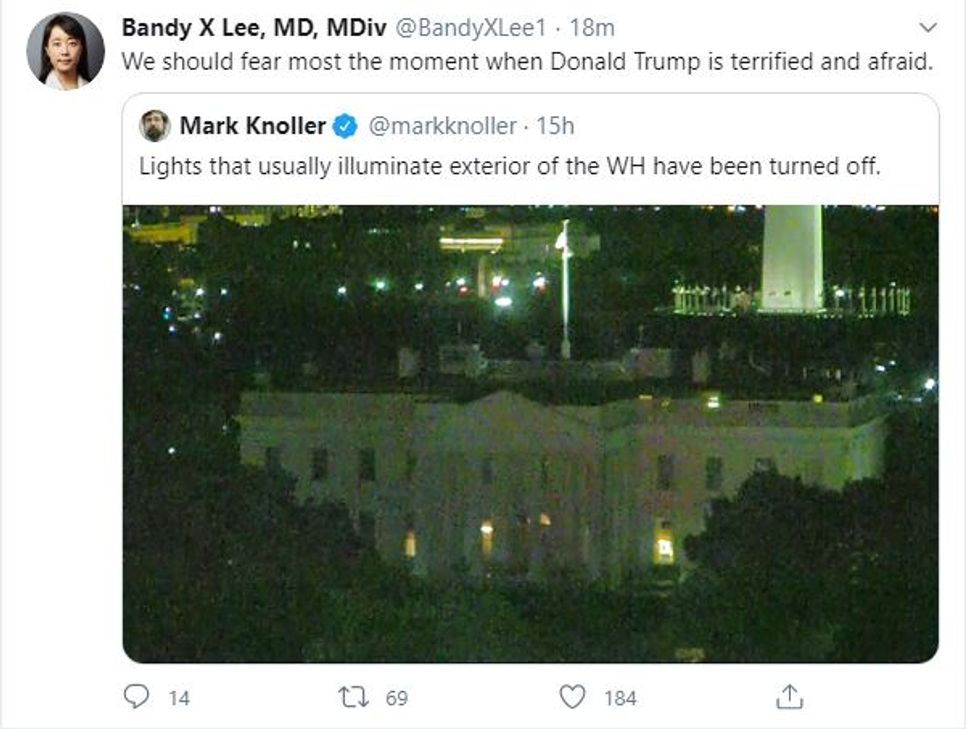 These are not coincidences but a deep-seated pattern that is already intensifying in the face of an unrealistic reelection campaign.  He has now exercised deployment of the National Guard as well as the targeting of journalists—ingredients that autocrats often use to steal elections.

Individuals who lack empathy or conscience often exhibit cruelty or even pleasure at others’ suffering and death, as they are commonly consumed with envy or vindictiveness at a world in which they cannot take part.  They are, as psychopathy expert Dr. Elizabeth Powell calls them, “outsiders to love.”

I myself have written that violence is a longing for love gone awry: when one is deprived of love, one does not become neutral to it but develops psychological defenses that make the dearth more endurable.  In the process, however, one rejects love, life, and ultimately humanity itself.  Substituting respect for love, and fear for respect, if one can have neither respect nor love, the focus turns to subjugation through violence and fear—which caused us to caution against his holding onto war-making powers and access to nuclear weapons.

There is no excuse for the professionals who encounter numerous Donald Trumps through the course of their careers and yet choose to remain silent, or to cite technicalities to ignore the main tenets of medical ethics and standards of practice, which hold our responsibility to human life and wellbeing as paramount.  That the dangers were occurring in the political sphere is not a valid excuse, when the combination of personality and political power produces the toxic mix.

In this context, I would like to urge the mental health field—especially psychiatry—to meet its societal responsibility.  Through my 25-year career, I have greatly valued the mental health knowledge I have been able to impart to my students at Yale Law School learning to represent asylum seekers or prisoners, or to the public health officials of the World Health Organization’s violence prevention division.  However, a self-image problem seems to be afflicting psychiatry.  Low self-esteem in an individual can lead to a failure to stand up for one’s beliefs, but the same in a field can result in a failure to represent justly its own principles of ethics and practice.  It can easily be misguided into corruption, such as it has with the pharmaceutical industry—my reason for resigning from the American Psychiatric Association in 2007—and more recently its misguided attempts to protect an impaired president so as to preserve its federal funding.

Some members of my field may cite principle, emphasizing the need to avoid “ad hominem attacks,” and I would generally agree.  But medical identification is not an “attack”, and the issue at hand is protecting public health and safety, not a formula for keeping oneself in the good graces of power.  If not psychiatry, who will connect the dots to dangerous psychopathology in the president?  If not mental health, who will have the language to address the colossal elephant in the nation’s room?  If not the experts, who will break the stigma and misconceptions and bring to bear the practical knowledge of dealing with this natural phenomenon?

In the office of the presidency, this common occurrence has turned into what I have called democide, genocide, bioterrorism, and now a death wish, while meeting all criteria for each.  It is an issue we can no longer afford to avoid.