Trump's 'old tactics are failing' as former supporters and aides turn on him: columnist 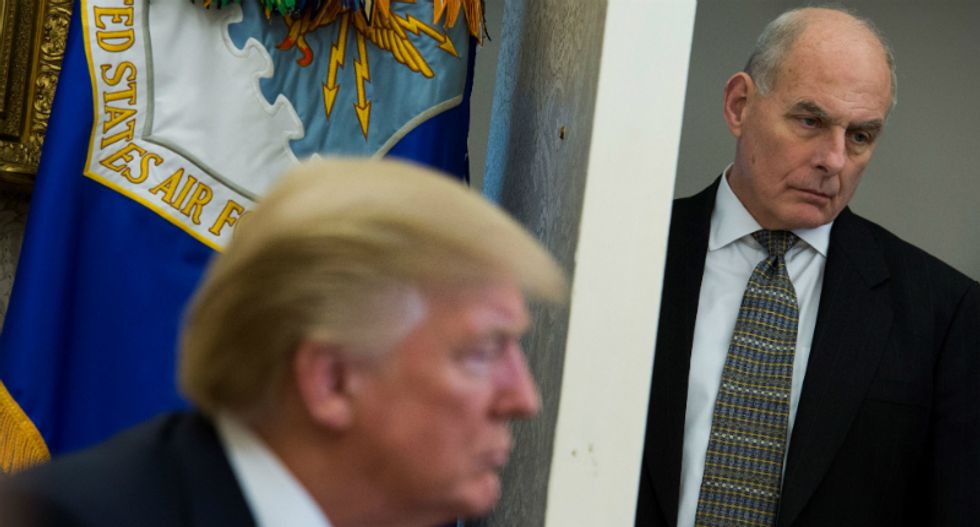 According to columnist Jennifer Senior of the New York Times, for three years it has seemed like Donald Trump had gone too far and that aides and Republicans would turn on him -- but now it looks like that moment has actually arrived.

In her column for the New York Times, under a headline, "Is This the Trump Tipping Point?" Senior made the case that the president is on the downhill side of his presidency.

"You never want to say that you’ve reached a tipping point with this administration. Donald J. Trump has proved to be the Nosferatu of American politics: heartless, partial to Slavs, beneath grace and thus far impervious to destruction," she wrote. "Yet something right now really is different. I think."

According to the columnist, the confluence of a botched coronavirus pandemic response, the accompanying economic collapse, and the president's antagonistic attacks on anti-police brutality protesters has become too much for some of his most avid defenders to bear.

"Trump’s old tactics, once so reliable, are starting to fail him, utterly," she wrote. "It was a winning strategy to crow about a border wall with Mexico, but it’s a loser — and a sign of pure cowardice — to build one around your own White House. He once basked in the reflected glow of 'his generals'; now those generals are laying waste to him, with James Mattis, his former defense secretary, explicitly condemning Trump’s immature and divisive leadership, and John Kelly, the president’s former chief of staff, saying yep, sounds about right."

"Maybe there was a time when religious conservatives would have applauded a photo of Trump standing in front of St. John’s Episcopal Church, Bible in hand. But using pepper balls and flash-bang grenades to clear anguished protesters out of the way backfired. The Episcopal bishop of Washington reacted in horror; Trump’s support among white Catholics slipped 11 points between April and May," she continued. "Maybe there was a time when stigmatizing all progressive protesters as invading marauders would have worked — bigotry, it gets the job done — but not now. His proposal to suppress the tumult with the military was greeted with disapproval by his current secretary of defense, Mark Esper, and disgust by Mattis; the Black Lives Matter movement now polls at an all-time high, with 66 percent of Americans disapproving of how Trump has handled the response to George Floyd’s death."

According to the columnist, the embattled Trump is now "flailing like an overturned turtle."

"A historic health crisis, an economic crisis and a social crisis all at once — it’s far too much for a reality TV star to handle, no more manageable than it’d be for him to land an airplane," she suggested. "Trump, right now, is trying to stoke white fears about protests in the street. But he’s having little luck."

After noting the president's declining approval number across almost all demographics, Senior suggested that Americans are looking elsewhere.

"At a time of genuine crisis, Americans aren’t pining for Darth Vader. They’re pining for a healer. It’s healing words of empathy that have thus far won the day. Trump may have been fumbling with his Bible, but it was Nancy Pelosi who read aloud from Ecclesiastes, and it was Joe Biden who said in a heartfelt, 24-minute speech that he wished the president would open it every once in a while," she wrote before concluding, "It’s probably too much to hope for. But for the first time in three years, change is not."