‘Unworthy of the office’: Don Lemon rips Republicans for refusing to tell the truth about Trump 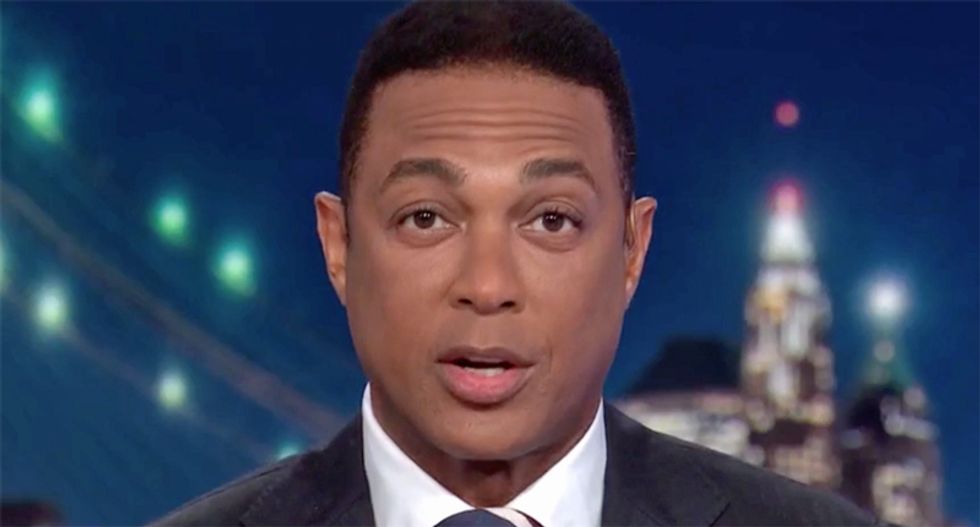 On CNN Tuesday, anchor Don Lemon tore into Senate Republicans for their silence on President Donald Trump's tweet promoting a conspiracy theory against the elderly protester in Buffalo knocked to the ground by police.

"He has no evidence, no human feeling for a 75 year-old man, pushed to the ground and left bleeding from his head. A man still in the hospital," said Lemon. "And the president's party, which is made up of people supposed to be leaders — the spineless GOP — refusing to take a stand. Refusing to see what's right in front of them."

"We remember what Sean Spicer said in the early days of the administration. The president's tweets are official statements," said Lemon. "You think they take them seriously, right? Instead we have a former congressman, now White House Chief of Staff Mark Meadows saying this."

"I learned a long time ago not to comment on tweets," said Meadows in the clip. "And I'm not breaking that promise."

"Republican senator after senator," said Lemon, before playing clips of several senators. "Stumbling, fumbling, bumbling for words instead of telling the truth: what the president is doing is unworthy of the office."