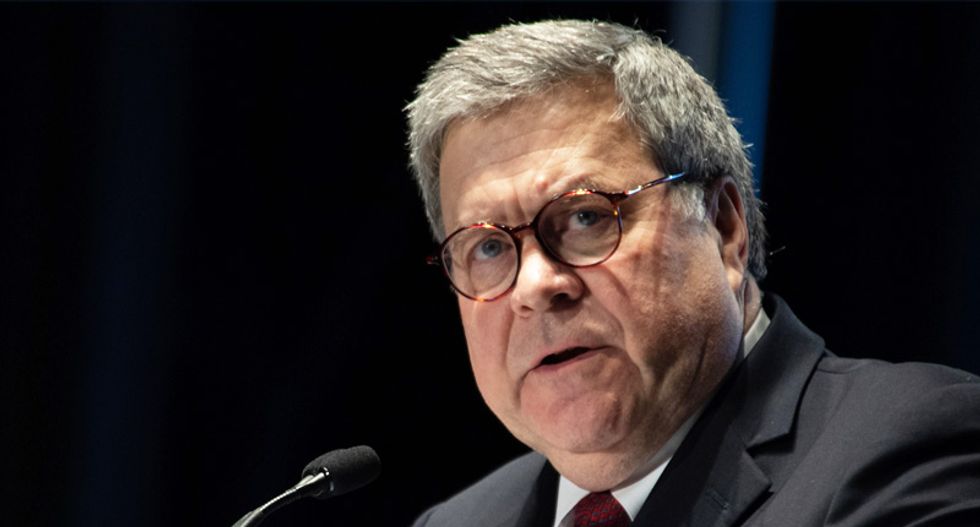 Imagine watching your teenage tormentor grow up to become the top law enforcement officer in the country. That happened to Jimmy Lohman twice.

Lohman, now a death row defense attorney and musician, was two years behind William Barr in both middle school and high school at Horace Mann in New York, and then again at Columbia University, and he wrote about his longtime nemesis for The Daily Beast.

"Barr is a lifelong racist," Lohman wrote. "Why in the world would Barr target me for harassment and intimidation when I was a puny little 12-year-old, two years behind him whom he didn’t even know? The answer is very simple: I wore racial equality buttons. One was a very beautiful and meaningful button distributed by the Student Non-Violent Coordinating Committee (SNCC), a prominent youth civil rights organization at the time. It was a small black button with a white equal sign in the middle that I thought said it all. I still have it."

"I wore it with pride, broadcasting my belief in equality and my abhorrence of racism," he added. "For that, Barr targeted me."

After Barr was nominated by George H.W. Bush to be attorney general in 1991, Lohman said he felt a jolt of post-traumatic stress.

“Could it be,” he wondered, “that the sociopath from my childhood is really about to become the highest legal official in the land?”

Lohman compiled his evidence of Barr's violent harassment, which he said escalated at Columbia, for a column published for the tiny Florida Flambeau -- and that decades-old piece goes viral periodically whenever he flashes "fascist" tendencies as President Donald Trump's attorney general.

"The amazing thing about the 1991 column – and the reason it has garnered so much attention and interest – is that long before Barr’s current era of dastardliness," Lohman wrote, "I totally nailed him for what he is today, although he’s taken it to extremes far beyond my wildest imagination: a racist, a bully, and a fascist."

Lohman has watched with horror as his former tormentor abused his office to empower a "demented, suggestible, Nero-like emperor."

"Barr has emerged as one of the truly evil figures of our day," Lohman wrote. "I have hesitated even to air my childhood grievances with him because they are so trivial and petty compared to the destruction he has wreaked on the vital institutions that sustain our democratic way of life. It started Day One on the job when he squelched the evidence that would bring down a criminal and lawless president. And it peaked last week when he saw fit to sic the might of the American military on a peaceful citizenry whose only offense was to demand an end to racism."