WATCH: Couple holds woman at gunpoint after accusing her of shoplifting 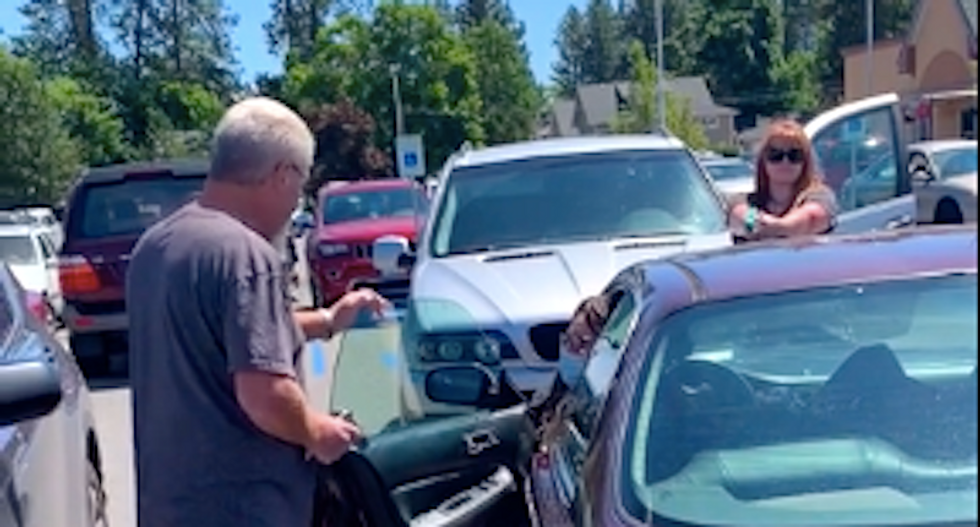 A couple held a woman at gunpoint in Washington state after accusing her of shoplifting.

Cell phone video shows the couple confront the woman in the parking lot of a Spokane shopping center and accuse her of stealing shoes, reported KREM-TV.

"Get your ass in the car," the man says, as he tries to shut the woman's door while the armed woman points a gun at her. "I can f*cking shoot you, I'm a Democrat."

The woman denies stealing and tells the couple they're not allowed to hold her at gunpoint.

The gun-toting woman barks that stealing is illegal, as well, and keeps her pistol trained on the woman in her car as the video ends.

Police said at least one person was cited for theft in the incident, but said the couple should have put down their weapons.

“In a case like this where you have people with firearms, if you’re told to put the firearms down and it’s not putting your life in more danger to do so, you’re going to want to comply with that request," said Sgt. Terry Preuniger, of Spokane police. "You don’t want to have a gun pointed at somebody when the police show up unless it is your last option and it is absolutely necessary."

The police spokesman said the public may intervene if they see a potential crime underway, but he said firearms should be used only when necessary.

“We don’t tell people that you should or shouldn’t intervene," Preuniger said, "but you got to be reasonable and you got to measure what are you doing against what are the facts and circumstances that you’re looking at at that time."