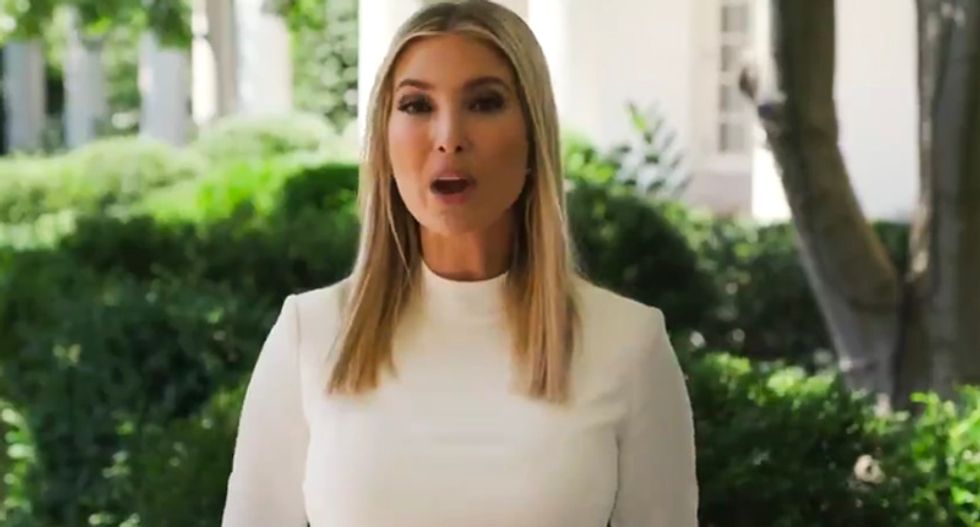 A new ad by the MeidasTouch PAC that uses  Ivanka Trump as its centerpiece was pumped out on Friday following the first daughter's video where she promoted hiring based on experience rather than education -- leading to mockery of the hiring of Trump's daughter who has no experience in public service before being handed a job by her father, Donald Trump.

The ad, which can be seen below, led to #ByeIvanka trending on Twitter.

During the 60-second commercial that is being widely shared, other members of Trump's family are also targeted for landing high-profile jobs despite no relevant experience.

Watch the commercial below:

📺 NEW VIDEO @IvankaTrump laughably says that her father hires based on skill and competence. Retweet and use the h… https://t.co/eojJM4pTek
— MeidasTouch.com (@MeidasTouch.com)1593224100.0