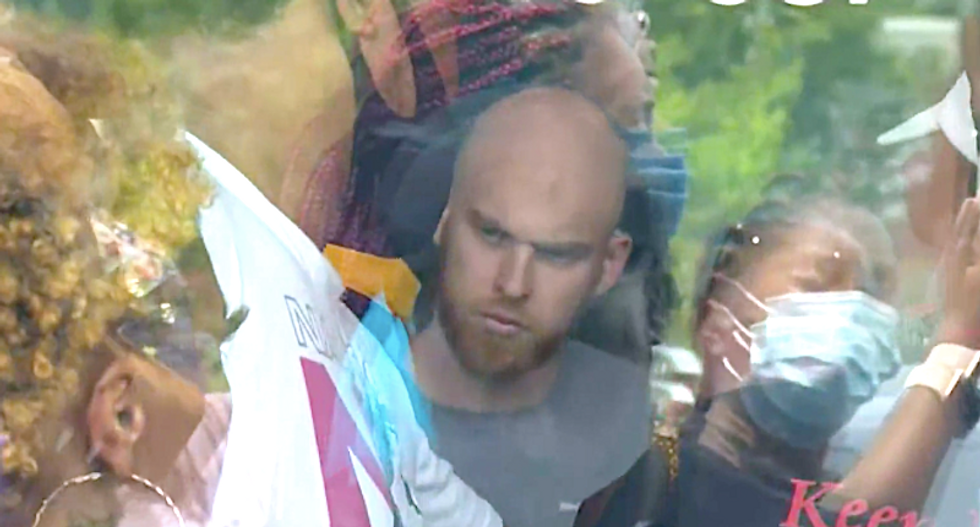 About 100 protesters confronted a Maryland restaurant owner over his racist Facebook posts.

“I went to bed what I thought was an honest business owner and woke up being demonized and just being called a straight-up racist,” Meyer said a few days ago in a social media video that was 8 minutes, 46 seconds long -- the same amount of time a Minneapolis police officer knelt on George Floyd's neck until he died.

Demonstrators were angry that Meyer had joked June 1 on Facebook that protesters of police violence would not disturb social services agencies, as well as older racist posts.

"There is one place I bet the protesters/rioters won’t light on fire or break into or even block the road to .... the social services buildings,” Meyer posted, followed by four laughing emoji.

He also voiced support in 2012 of George Zimmerman, who shot and killed teenager Trayvon Martin.

“I hope this zimmerman guy is found not guilty [just saying],” he posted.

Protesters confronted Meyer with his past statements, and he acknowledged that about 75 percent of his customers were black.

“Obviously, my posts were offensive, and I can’t take them back,” Meyer said. “I consider myself really close to the black community, and it’s really hitting home."

“I can’t apologize because nobody’s going to accept it," he added.

“That apology wasn’t sincere," she said. "He’s sorry he got caught, he’s not sorry he said any of that. He’s sorry we’re out here peacefully holding him accountable."