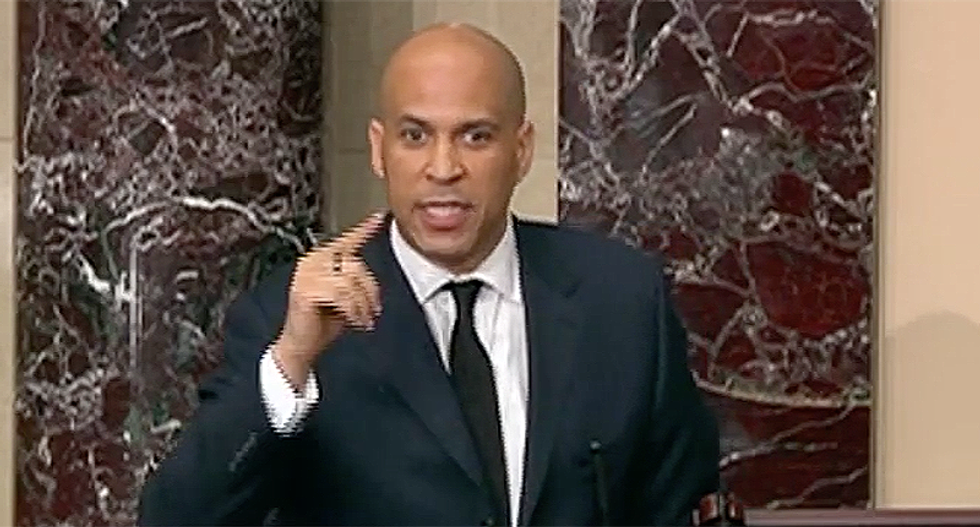 It was reported Wednesday that Sen. Rand Paul (R-KY) was the only barrier to passing anti-lynching legislation.

Paul argued in his statement to the media that he thinks the language would turn lesser crimes into being considered a lynching. So he wants to edit the bill so that it would only qualify “serious bodily injury standard” that would only make it a hate crime if it’s a “substantial risk of death and extreme physical pain.”

It prompted Sen. Cory Booker (D-NJ) to take to the Senate floor with a fiery speech imploring his colleagues to act.

“This idea that someone would be brought up on lynching charges for slapping is absurd,” said Booker.

"I do not need my colleague, the senator from Kentucky, to tell me about one lynching in this country," he went on. "I've stood in the museum in Montgomery, Alabama, and watched African American families weeping at the stories of pregnant women lynched in this country and their babies ripped out of them while this body did nothing. I can hear the screams as this body and membership can of the unanswered cries for justice of our ancestors. Every one of us is sensitive to that anguish, to that pain, as is the senator from Kentucky. And this week, the senator from Kentucky mentioned the colleague Justin Amash. I want to tell my colleagues on both sides of the aisle he is one of only four congressmen of the 435 to vote against the antilynching bill. That means this bill was supported by the leader of the Democrats, the speaker of the House. It was supported by the leader of the Republicans, the whip of the Republicans, the whip of the Democrats. 400-plus votes supported this."

Booker said that surely if the bill was so "wrong" then the GOP leadership would stand up against it in unison. Instead, Paul is an outlier.

But it's one man that is "standing in the way of the law of the land changing because of a difference of interpretation."