WATCH: White hotel employee calls the cops on Black guest for using the swimming pool with her kids 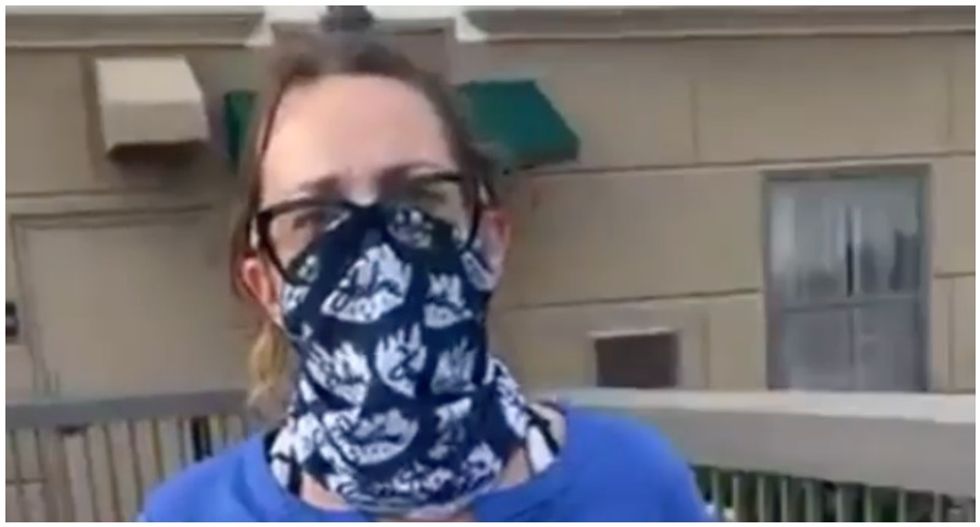 An employee of a Hampton Inn in South Carolina has been fired after calling the police on a Black woman who tried to use the hotel's swimming pool with her children, USA Today reports.

The incident was captured on video and shared across social media. In the video, a white hotel employee and two police officers approach Anita Williams-Wright and ask her to prove she's staying at the hotel.

According to Williams-Wright, the hotel employee didn't ask anyone else at the pool to prove they were staying at the hotel.

"It was two white people sitting over there and she said nothing to them," Williams-Wright said in the video. "She said to me, 'Oh, because it’s always people like you using the pool unauthorized.' Who is people like me?"

Williams-Wright refused to provide identification, saying she wasn't required to because she "didn't commit a crime." Officers then ran her license plate.

Hampton by Hilton's Gandhi Buckley gave a statement to USA Today, saying the company has "apologized directly to the guest and her family for their experience, and will work with them and the hotel to make this right."

"We remain in contact with the hotel’s ownership about follow up actions, and to ensure that in the future, their employees reflect the best values of our brand and are welcoming of all," Gandhi Buckley added.

"Hampton by Hilton has zero tolerance for racism or discrimination of any kind. On Saturday, we were alerted to an online video of a guest incident at one of our franchise properties," Gandhi Buckley continued. "The team member is no longer employed at the hotel."