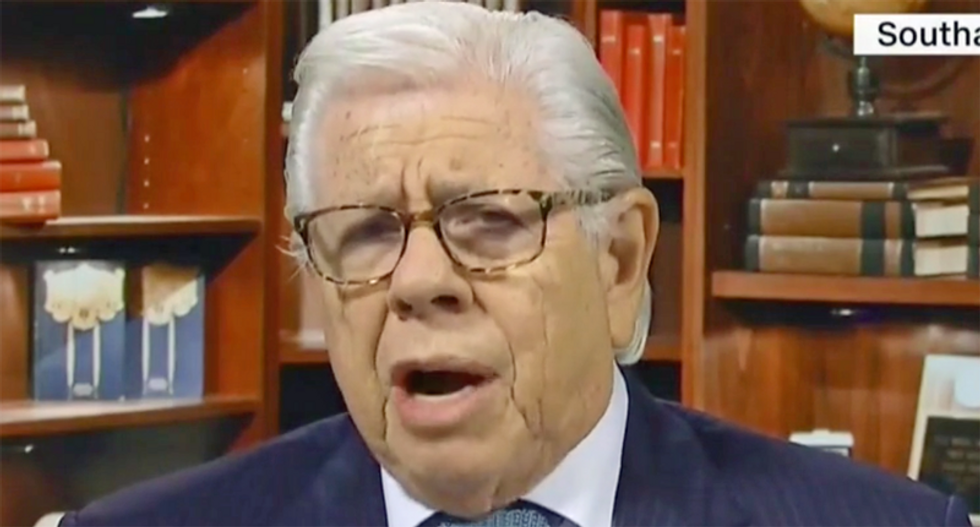 "In hundreds of highly classified phone calls with foreign heads of state, President Donald Trump was so consistently unprepared for discussion of serious issues, so often outplayed in his conversations with powerful leaders like Russian President Vladimir Putin and Turkish President Recep Erdogan, and so abusive to leaders of America's principal allies, that the calls helped convince some senior US officials -- including his former secretaries of state and defense, two national security advisers and his longest-serving chief of staff -- that the President himself posed a danger to the national security of the United States, according to White House and intelligence officials intimately familiar with the contents of the conversations," Bernstein reported.

"The calls caused former top Trump deputies -- including national security advisers H.R. McMaster and John Bolton, Defense Secretary James Mattis, Secretary of State Rex Tillerson, and White House chief of staff John Kelly, as well as intelligence officials -- to conclude that the President was often 'delusional,' as two sources put it, in his dealings with foreign leaders. The sources said there was little evidence that the President became more skillful or competent in his telephone conversations with most heads of state over time. Rather, he continued to believe that he could either charm, jawbone or bully almost any foreign leader into capitulating to his will, and often pursued goals more attuned to his own agenda than what many of his senior advisers considered the national interest," Bernstein reported.

Bernstein explained the significance of the calls in light of the latest scandal involving Russia reportedly offering bounties for the killing of U.S. troops in Afghanistan.

"These officials' concerns about the calls, and particularly Trump's deference to Putin, take on new resonance with reports the President may have learned in March that Russia had offered the Taliban bounties to kill US troops in Afghanistan -- and yet took no action. CNN's sources said there were calls between Putin and Trump about Trump's desire to end the American military presence in Afghanistan but they mentioned no discussion of the supposed Taliban bounties," Bernstein explained.

Trump's insecurity around women was also reportedly on display in the calls.

Bernstein reported, "the President regularly bullied and demeaned the leaders of America's principal allies, especially two women: telling Prime Minister Theresa May of the United Kingdom she was weak and lacked courage; and telling German Chancellor Angela Merkel that she was 'stupid.'"