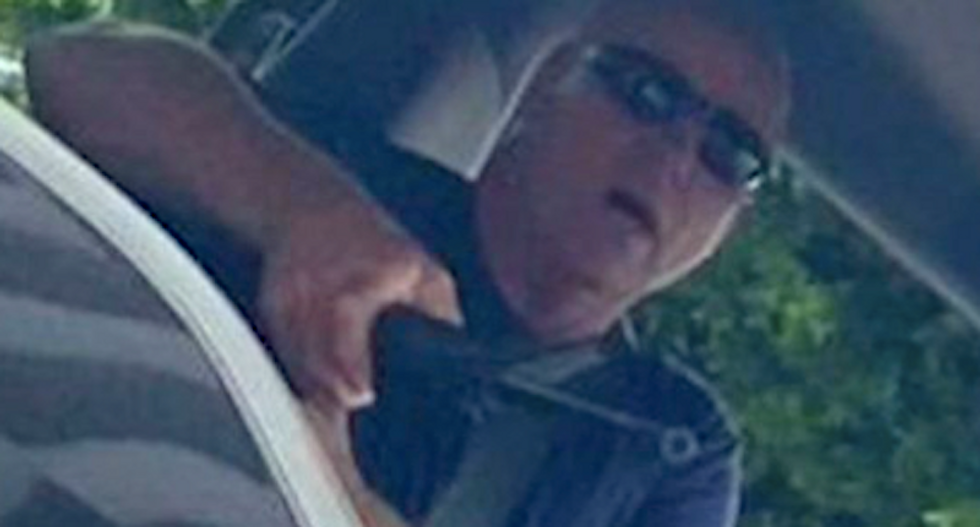 A road-raging white man pointed a rifle at a black veteran in California, and police were unable to respond because they were observing a nearby protest against police brutality.

The Air Force veteran, who asked to use only his first name, Justin, told KABC-TV that he was driving this week in Sherman Oaks when another driver pointed what appeared to be a military-style rifle at him.

"The moment he pulled the gun, it's just like in reaction, was to get out of line sight of the weapon," Justin said.

He recorded the encounter on video, and then tailed the gunman for a short time in hopes of capturing his license plate number as evidence because he doubted police would believe him.

"He's going to shoot you, bro," Justin's companion can be heard saying as he speeds up to catch up to the other driver.

Justin bumped into another car trying to capture evidence of the encounter, and the other driver tried to help him by calling 911 -- but police were unable to respond.

"They couldn't come," said Jillian Reeves, the driver who tried to help. "Clearly the city was very busy that day."

Justin wasn't even able to take his evidence to police because the station was closed due to the coronavirus pandemic.

KABC employees saw Justin's post on social media and alerted Los Angeles police, who launched an investigation that led to an arrest.

Police arrested 55-year-old Stephen Giblin on a weapons charge, and they're working to set up an online system to allow video evidence to be sent to them while the station is closed to the public.