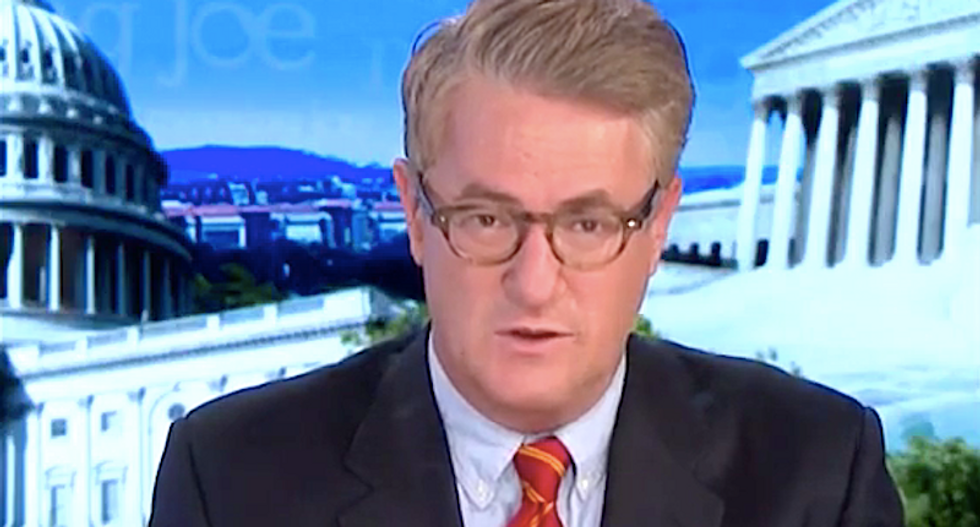 Trump's increasingly unpopular actions on coronavirus and police reform, the two biggest crises he's faced so far during his presidency, made the "Morning Joe" host wonder whether he even wanted to be president anymore.

"Talking to people inside the White House and you ask why does he do A or B, instead of C or D, they will say, because if we go and try to reason with him, if we tell him not to do something because it hurts his cause, then we put it in his mind and he will immediately tweet on it," Scarborough said. "They have absolutely no control of him, and they don't give him good advice on restraining from certain destructive behaviors that would hurt his campaign, hurt his White House, hurt the country, because -- and they're right, if they put that thought in his head of not doing something that's destructive, then it's in his head and he will immediately do it."

Scarborough wondered why Republican senators were letting the president drag them down with him.