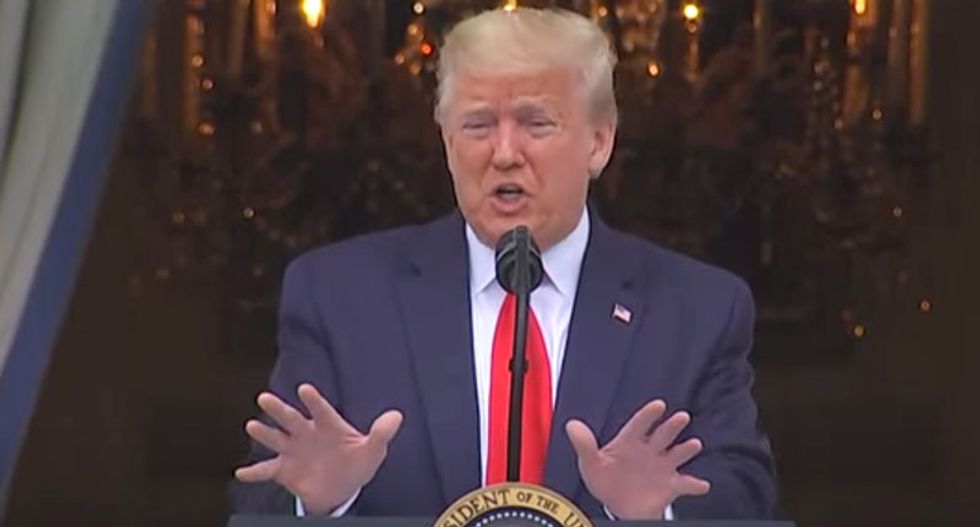 A barrage of conflicting reports has followed bombshell revelations that President Donald Trump was briefed on Russia offering bounties for killing U.S. troops, and doing nothing in response.

Senior White House officials have reportedly known about the bounties since early 2019, and former national security adviser John Bolton allegedly told the president around that same time, and another report quoted sources who say the issue was included in his daily briefing Feb. 27, 2020 -- but additional sources told The Daily Beast the confusion points to a fundamental problem.

"But the problem is not just a matter of dissembling, according to several sources," The Daily Beast reported, "it’s a matter of Trump not wanting to know about intelligence outside his comfort zone, and the reluctance of officials to push information on him they know he will resist, especially if their conclusions are less than clear-cut. Those may go into a PDB, but not get mentioned in a face to face briefing."

Any intelligence coming out of Afghanistan is going to be complicated, with shifting alliances between competing factions, and taken with a grain of salt, but sources said the intelligence circulating on the bounties was believed to be credible and most certainly would have been included in at least one PDB.

"But the source noted that the chances that Trump would have read that by himself are 'basically zero,'" the source told The Daily Beast.

"Although intelligence officials regularly brief presidents about sensitive matters they are not always 100 percent confident about," the website reported, "top officials in that space and in the national security community have chosen several times to avoid briefing President Trump, two current and two former senior officials involved in the briefing process [said]."

Officials said staffers are especially reluctant to bring troubling information about Russia to the president, in part because they're afraid he'll tweet about it.

“Trump has little patience for intelligence briefings, especially when the news isn’t good for him," one former official said. "These briefings happen irregularly, and are often free-for-alls. He also shows little respect for classified information and might tweet about it — which would in counter to efforts to handle the issue out of the public eye.”

One source with direct knowledge said Trump reflexively questioned the New York Times story breaking the bounty news, because he perceives the newspaper as critical of him, and then he re-emphasized his desire to pull U.S. forces out of Afghanistan before November.

“Why are we still there?” Trump fumed behind closed doors, that source told The Daily Beast.

One source close to the White House said the president is eager to bring troops home from Afghanistan as a political stunt aimed at shoring up his base.

“The polling on this is overwhelming — it’s consistently 70-30 in favor of getting out, and cuts across party lines," that source said. "But the core MAGA base in places like Wisconsin, Michigan, and Pennsylvania would be particularly excited by this.”