White supremacists have been infiltrating police departments for years — and now the problem is ‘10 times worse’: report 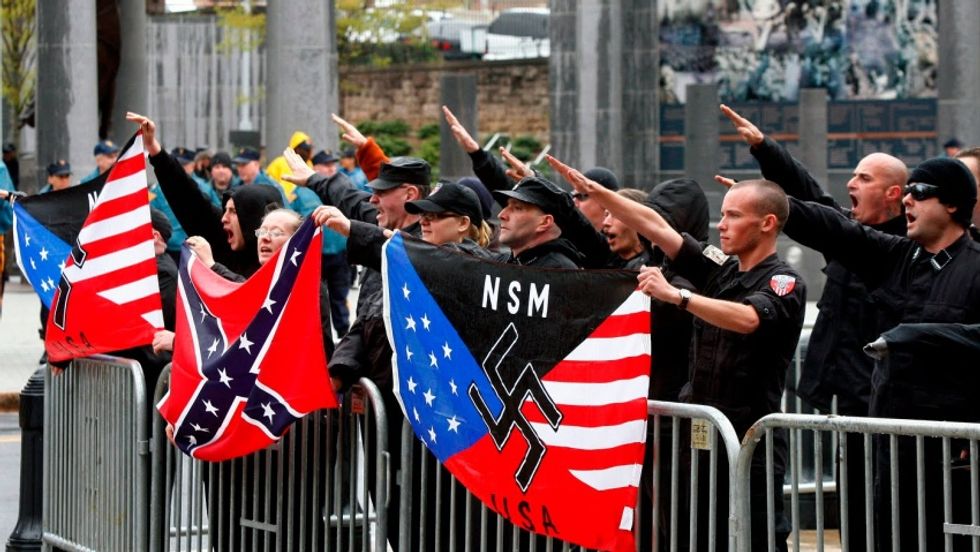 The FBI warned more than a decade ago that white supremacists had infiltrated the nation's police departments, but now experts say the problem "has gotten 10 times worse."

An internal report, “White Supremacist Infiltration of Law Enforcement," compiled in October 2006 has circulated for years in heavily redacted form, but 28 lawmakers have called on the FBI and the Department of Justice to finally release the full document, reported The Daily Beast.

“This report is more than 14 years old,” said Rep. Norma Torres (D-CA), who's leading the effort to force its release. “God knows where these officers that were looked at back then are in the rank and file of our police departments.”

Numerous law enforcement officers have been revealed as members of far-right groups -- which have grown more powerful and plentiful since the report was compiled -- and experts say hate group members have found work as prosecutors, police officers, medical examiners and even judges.

“We have anti-government groups now that are solely focused on law enforcement recruitment, like the Oath Keepers and the Constitutional Sheriffs Peace Officers association, also three-percenter militias,” said Daryl Johnson, a former Department of Homeland Security senior analyst who wrote a 2009 report about the risk from far-right violence.

“There's more infiltration by those types of groups than from actual white supremacists," he added. "But those groups are also hate groups to me because they hate Muslims. They hate immigrants, so they're also a concern. The problem, if you look at extremist infiltration, has gotten 10 times worse than when that report was written in 2006, and it's more widespread.”

Some experts say that law enforcement culture overlaps so much with white supremacy that infiltration is no longer necessary, but Torres said Republican lawmakers have shown little interest in untangling the connections.

“Republicans have been very aggressive at denying that white supremacists are a growing problem in our country,” she said. “We also have a president who has expressed the same concern that there is no white supremacist problem here in the U.S.”