'Who knows what he’s going to do next': Louisiana cop that beat a Black teen has exhibited this behavior 'for more than 10 years' 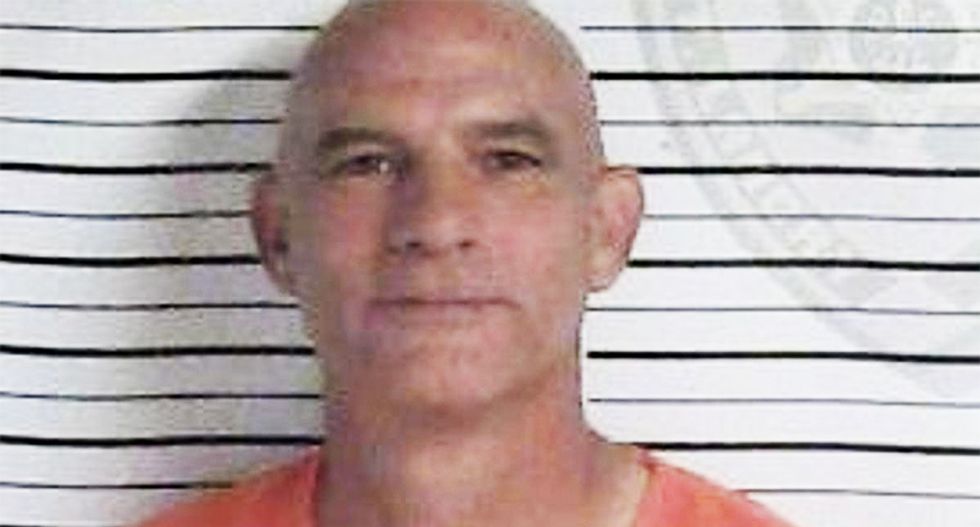 The Acadiana Advocate reported Tuesday that an officer accused of beating a Black teen was already on paid leave and has been since mid-November. While he is in prison, he'll remain on paid leave.

Police Sgt. Tyron Andrepont turned himself in to police, but he'll still be paid while he's in jail. Community leaders, however, are demanding he be fired, after a long history of abusing people of color.

“He has displayed these types of behaviors, negative behaviors against people of color, for more than 10 years," said the St. Landry Parish NAACP chapter president the Rev. Frank Ford. “Who knows what he’s going to do next?”

In October 2019, Andrepont allegedly struck 18-year-old Jonah Coleman in the face at least once. The punch caused his head “to snap backwards.” The officer then “put his right arm around Jonah’s neck in a chokehold,” the document said, according to The Advocate. The teen was admitted to the hospital after.

"Coleman had been admitted to the hospital and was not being held or investigated for any suspicion of criminal activity, according to his attorney, Daryl Washington. It’s not clear why hospital staff called police in the first place, or what prompted Andrepont to use force," said WBRZ in another report.

In April 2019, Andrepont was reprimanded in writing "for improper behavior related to 'courtesy,'" reported The Daily Advertiser. There are no details about the disciplinary action that provoked the reprimand, however.

Andrepont was suspended for four days in 2015, for "unbecoming conduct," the personnel records reveal. It also doesn't describe the incident in the report dated January 2016.

In 2011, he was also suspended for eight hours after he used a tobacco product while a passenger was in his patrol car.

In 2010 Andrepont was accused of using excessive force when he arrested a local minister who was delivering donated clothes to Goodwill. Andrepont accused the minister of stealing the clothes.

The minister, Elton Sam Jr., said Andrepont cursed at him, choked him and then slammed him against a patrol car, according to the report. The minister was never charged with a crime, despite being arrested. The pastor eventually sued the officer, the police department, the chief and the city of Opelousas, Louisiana. Despite the suit and reports of the incident, it doesn't appear in Andrepont's personnel file, The Daily Advertiser reported. No disciplinary action is listed either.

Andrepont was suspended for seven days in 2009 for an unauthorized use of force.

"Employee must also complete counseling regarding anger management during this suspension, at employee's expense," the January 2009 disciplinary report said.

In 2006, Andrepont was suspended for a total of 12 hours, for "offensive conduct that violated standards of service," the report cited records.

The file showed the action was taken after “conduct of a discourteous or wantonly offensive nature toward the public, any municipal officer or employee; and, any dishonest, or immoral conduct,” the report states.

Andrepont entered the police department in 2003.

The long history of incidents are being used as part of an advocacy campaign to the City Council, which is responsible for approving termination of Andrepont.

Mayor Julius Alsandor said at an NAACP press briefing that it would be “imprudent” for him to comment on the investigations into the officer.

“The council will have to take those recommendations under advisement and make a good, rational decision on the information that’s presented to them,” Alsandor said.