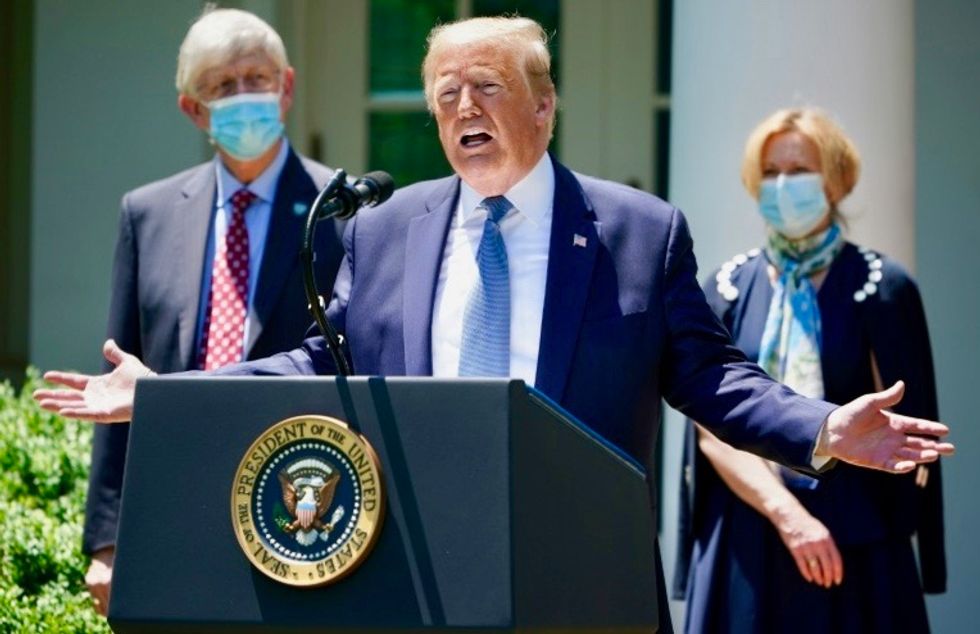 As the coronavirus ravages Arizona, one of its congressional representatives calls to clear away anyone who might push back on President Donald Trump's push to reopen the economy.

Rep. Andy Biggs (R-AZ) hailed the addition of 4.8 million jobs to the economy last month, saying the U.S. economy was "roaring back as we predicted," but urged the president not to change course despite new outbreaks in Arizona, Florida, Texas and other states.

"It is imperative that President Donald Trump is not undermined in his mission to return our economy to greatness," Biggs said in a statement issued by his office. "Dr. Anthony Fauci and Dr. Deborah Birx continue to contradict many of President Trump's stated goals and actions for returning to normalcy."

"This is causing panic that compromises our economic recovery," he added.

Biggs then called for the White House coronavirus task force, which has met only a handful of times in recent months, to be discontinued.

"It's time for the COVID-19 task force to the disbanded so that President Trump's message is not mitigated or distorted," Biggs said.