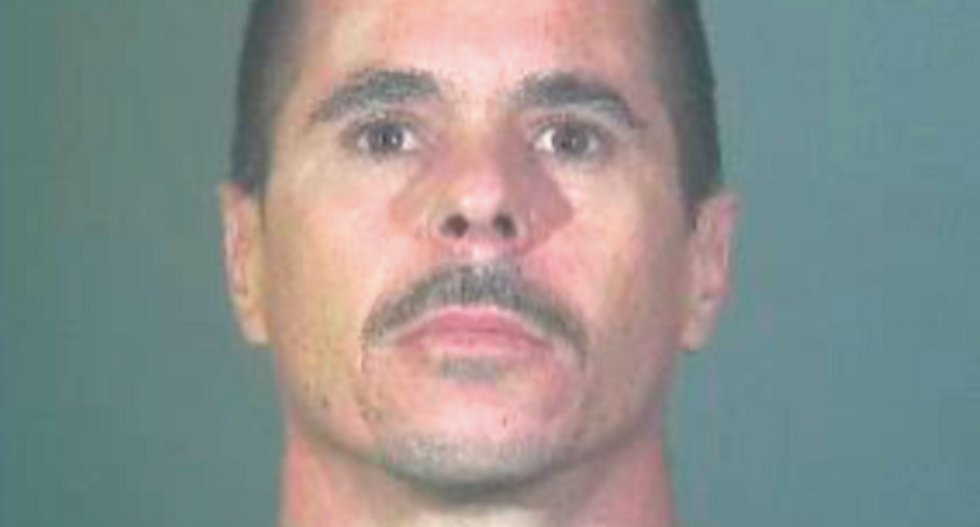 A California man was arrested after running over a Black father during a racist attack in a hotel parking lot.

Dennis Aaron Wyman allegedly hurled racial slurs against a small group of Black young adults late June 29 at the Staybridge Suites in Torrance, and one 23-year-old called his father -- who was working as an armed security guard nearby -- as tensions grew during the encounter, reported the Daily Breeze.

“The dad was there to see what was happening, the suspect was still yelling and was in his vehicle,” said Sgt. Alexander Martinez, of Torrance police. “He began to drive at the dad, the dad tried to get out of the way and at the same time he was able to fire multiple rounds of his handgun at the vehicle, but he was struck by the car.”

The 42-year-old Wyman, of Redondo Beach, drove his El Camino toward the father, who suffered broken bones in his lower extremities, and then fled the scene, police said.

Detectives finally identified Wyman as a suspect on July 8, and he was taken into police custody.

Prosecutors charged Wyman on Friday with two counts of assault with a deadly weapon and one count of hit-and-run driving resulting in serious injury to another person, and the charges carry hate-crime enhancements.

The 50-year-old Torrance father was expected to recover from his injuries, and no other injuries were reported in the attack.