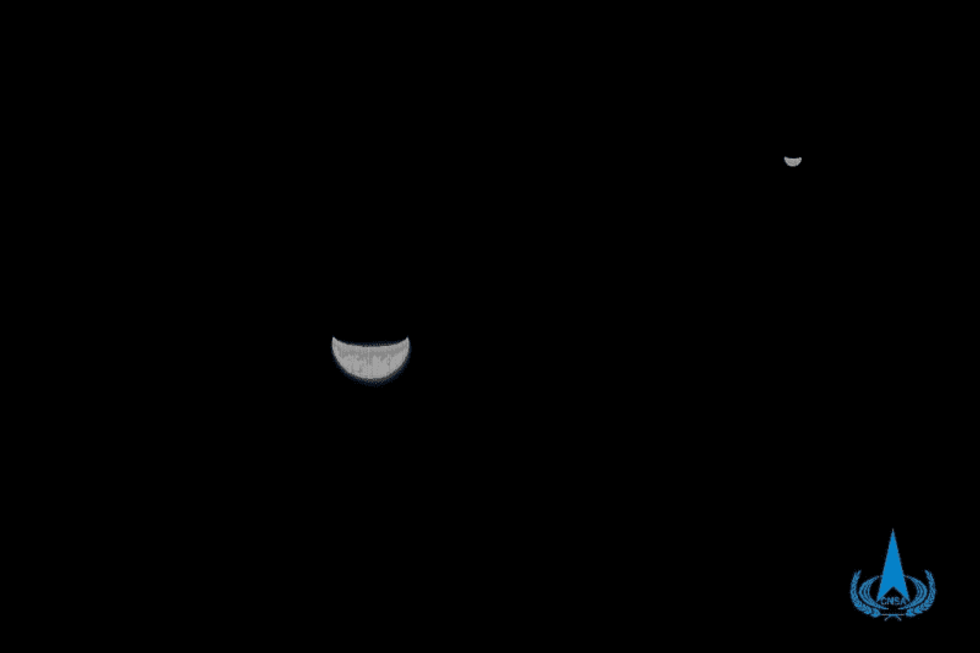 Beijing (AFP) - China's first Mars probe has beamed back a photo of the Earth and the Moon as it heads toward its destination, the country's space agency said Tuesday.The image, which shows the two celestial bodies as small crescents in the empty darkness of space, was taken 1.2 million kilometres (746,000 miles) away from Earth three days after the Tianwen-1 mission was launched on Thursday, the China National Space Administration said.China joined the United States and United Arab Emirates this month in launching a mission to Mars, taking advantage of a period when Mars and Earth are favoura...