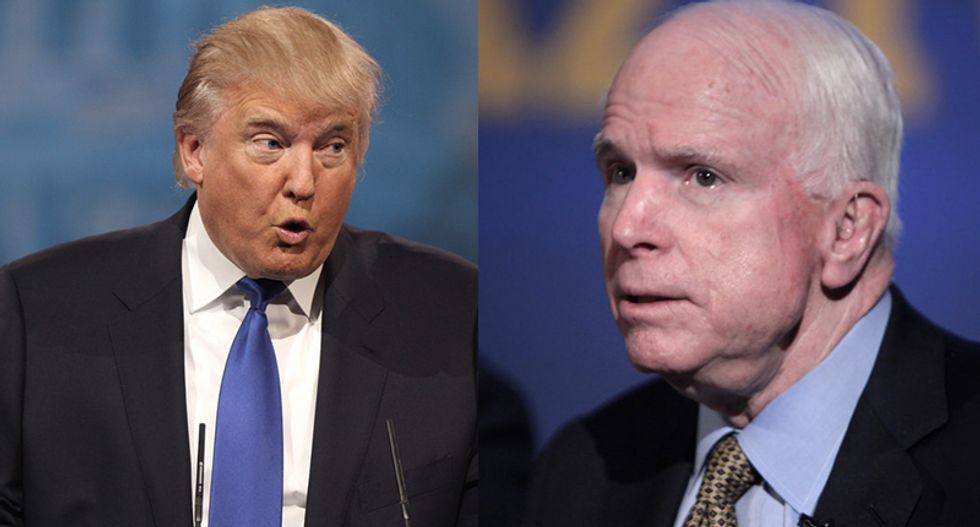 The Russian-born executive lost a separate case against BuzzFeed in a Miami federal court in December 2018.

Some of its findings were used by special counsel Robert Mueller to conduct a two-year investigation that found evidence of Russian interference but no collusion with Trump's team.

But large portions of the dossier have either never been verified or have been proven wrong.

Gubarev on Tuesday denied claims in the dossier that Russia's security services used his Cyprus-registered internet provider Webzilla to hack into the campaign of Trump's rival Hillary Clinton.

The stolen data proved damaging to Clinton when they were released by Julian Assange's WikiLeaks website in the closing weeks of the campaign.

Steele said on Wednesday that he would have done "whatever I could do to prevent" BuzzFeed from publishing his dossier had he known its reporters had a copy.

"Our business depends on the confidentiality of our clients and sources. If these are exposed to the world, no one will contact Orbis to do discreet work on their behalf," Steele said in a written statement released in court.

But Steele's statement added that he provided an undisclosed number of "off-the-record" briefings to hand-picked reporters after being asked to by Orbis's clients.

Steele's dossier gained near-mythical status in the initial stages of Trump's presidency as rumours swirled about ties between the White House and the Kremlin.

The former member of Britain's MI6 overseas intelligence agency went into hiding after its publication and still rarely speaks in public.

The US president's supporters blame Steele's report for leading to Mueller's investigation and creating a false sense of Trump being indebted for his victory to Russia.

But Steele stressed in his court filings that he always knew that some of his findings were "unverifiable".

Raw intelligence of the type compiled by Steele is traditionally used as the basis for further investigations aimed at confirming or denying the claims.

London and separate Miami court filings showed Steele's report was distributed to BuzzFeed and then other media by a top aide to the late senator John McCain.

Steele's submission to the London trial said he had actually completed two separate reports that were mistakenly published as one by BuzzFeed.

A "pre-election" dossier compiled between June and October 2016 was commissioned by an opposition research firm that was initially hired by a conservative US newspaper and later by Clinton's election team.

Steele said he ended up providing copies of that report to the FBI and the US State Department because of its "national security implications".

He said he handed a separate copy to a UK national security official days after the election because he feared the Trump administration might compromise "British sources and operations".

Steele said he prepared a second memorandum a month after Trump's election on his own initiative.

Copies of that report also went to the UK security official and McCain.

"The content of the December memorandum were self-evidently sensitive and confidential," Steele's court filing said.