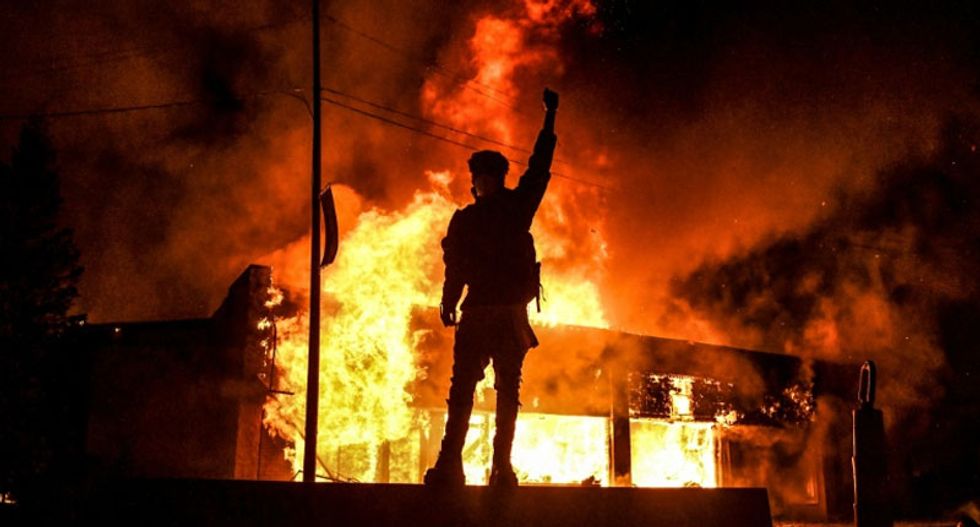 Writing that "It’s fairly certain that armed conflict is inevitable" the founder of Conservative Firing Line predicted violence from liberals and "Leftists'" no matter how November's election pans out for Donald Trump.

According to freelance journalist Joe Newby, there will be no middle ground if the president wins or loses re-election and conservatives should prepare for a coming "bloody civil war" that will lead to fighting in the streets, if the president hangs on, or retribution against Trump supporters should he lose.

Citing the Boy Scout's motto "Be prepared,” Newby suggested that Black Lives Matter protests and the pulling down of Confederate statues is just a taste of what is coming.

Writing, "For the last few years, leftists have deliberately pushed for a second bloody civil war in America. The mainstream media has embarked on a propaganda campaign to defame anyone whose views fall to the right of Josef Stalin, calling Trump supporters stupid, uneducated hicks, or worse — Nazis," the columnist added, "They want the complete destruction of the United States as a free and sovereign republic, and they want freedom-loving, patriotic Americans to either submit or die."

To make his case, he accused "ignorant leftists" of "burning cities down, looting, rioting and even murdering people because they think their targets are racists," before claiming Silicon Valley is abetting them by "de-platforming anyone who expresses a conservative opinion," and that worse is on the way.

"Add to all this talk of FEMA camps and guillotines allegedly intended to erase conservative-minded Americans, Christians and white people from the population, as if patriots would actually line up to be slaughtered like sheep. Something tells me that simply won’t happen," he wrote by citing a Natural News report from conservative gadfly Mike Adams that, "Thousands of guillotines pre-positioned across America for left-wing terrorists to execute conservatives, Christians and Whites in the unfolding CIVIL WAR."

In his view, that would be if President Donald Trump lost. Even worse, he predicted a Trump win would lead to extreme civil unrest.

"And let’s not kid ourselves — it won’t matter who wins in November. If Trump wins, the left will go on a bloody rampage, burning, looting, rioting and perhaps even killing people they perceive as Trump supporters," he wrote. "How much of the stupid and the crazy Americans will tolerate is unknown, but it’s fairly certain that armed conflict is inevitable if things continue as they are. No one in their right mind wants it, but it’s coming. Of course, our hope and prayer is that cooler heads will prevail and the country will pull back from the abyss."

With all of that in mind, he encouraged his readers to arm themselves, stock up on food water and "band together" for their own safety.

"Yes, America IS on the brink of a second, bloody civil war, brought about by radical leftists in government, the media, Hollywood and the mob on the street< wrote before concluding, "Maybe we’ll have police and military protection when it happens. But maybe not. It’s always best to be ready for anything. The time to get ready is now, not when the mob is burning down the house."