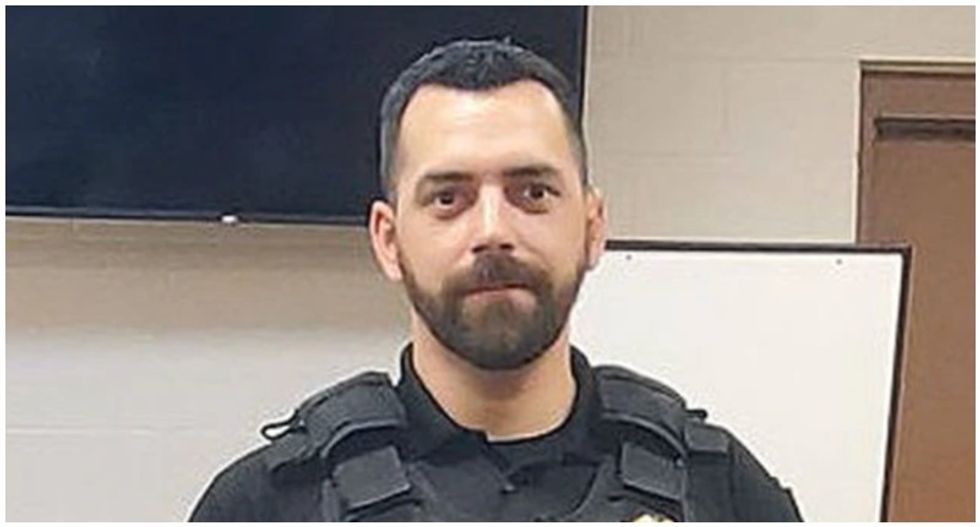 An Arkansas police officer who threatened to "shoot through the door" at protesters who come to his home has been charged with shooting and killing a fellow cop who knocked on door, KIRO7 reports.

The day after the shooting, the Alexander Police Department said it was accidental, even saying Hutton died in the line of duty on a GoFundMe page set up for his widow.

Earlier this year as protests over the death of George Floyd ramped up, Salyers told Alexander police training officer Sgt. Matt Wharton that he'd shoot protesters through his door if they showed up at his home.

“Sgt. Wharton told me that he instructed Officer Salyers that he could not do that because it was reckless and negligent,” Special Agent Ryan Jacks wrote in the arrest affidavit. “Wharton stated that they could not shoot anyone without identifying them first and identify(ing) that there was a threat.”

Alexander Police Officer Calvin Salyers has been arrested by Arkansas State Police and charged with felony manslaug… https://t.co/Z25vmVTR0z
— Chris May (@Chris May)1594321587.0

According to investigators, Hutton had driven to Salyers' home to pick up a patrol vehicle. When he tried to text Salyers but received no answer, he knocked his door. Salyers, who was watching a movie with his girlfriend on the couch, grabbed his gun when he heard the knock. When he looked through the peephole, he saw a figure standing there with a gun on his hip.

“Salyers stated that he transferred his weapon from his right hand into his left hand and reached for the door knob and, as he opened the door, the gun went off, firing a round through the front door,” Jacks wrote. It was only after Hutton had fell to the ground that Salyers realized what he'd done.

Evidence showed that Salyers had his Glock pressed against the door when he fired.

Read the full report over at KIRO7.