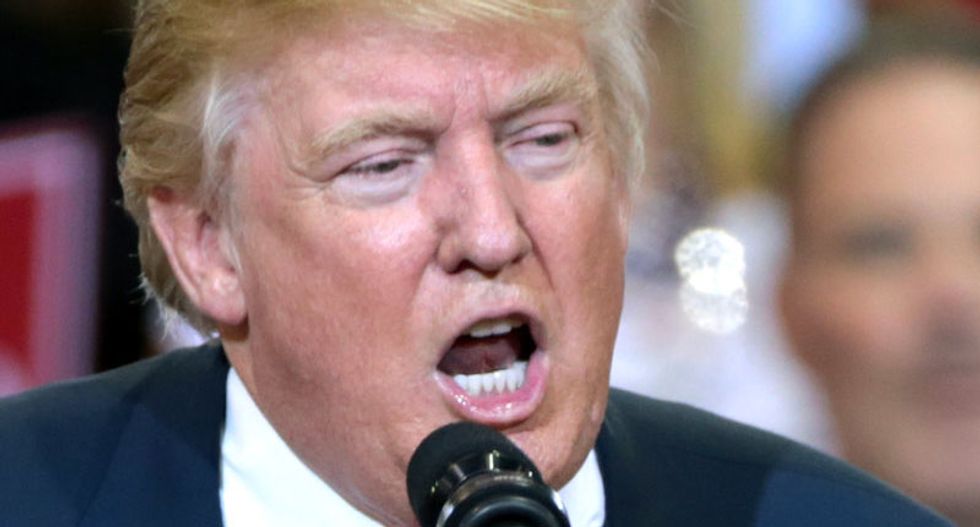 President Donald Trump's allies have been circulating an opposition research file on Dr. Anthony Fauci, the director of the National Institute of Allergy and Infectious Diseases, for getting some things wrong in the past when talking about the novel coronavirus.

However, the president has gotten vastly more wrong about the pandemic -- and CNN on Monday showed the receipts.

CNN's Alisyn Camerota showed viewers a supercut video of Trump's statements about the disease that she said show he's been "wrong about every aspect of the pandemic."

The video starts off with Trump's false prediction that heat would kill the virus, meaning it would simply go away by the spring.

"By April, you know, in theory, when it gets a little warmer, it miraculously goes away," he said.

Next, CNN showed Trump falsely claiming that the virus was under control.

"The coronavirus, which is, you know, very well under control in our country, we have very few people with it," he said during a campaign rally.

"We're going down, not up," he said in another clip. "We're going very substantially down, not up. And again, when you have 15 people, and the 15, within a couple of days is going to be down to close to zero, that's a pretty good job we've done."