DHS scrambling to train federal officers to comply with the First Amendment while engaging with protesters: report 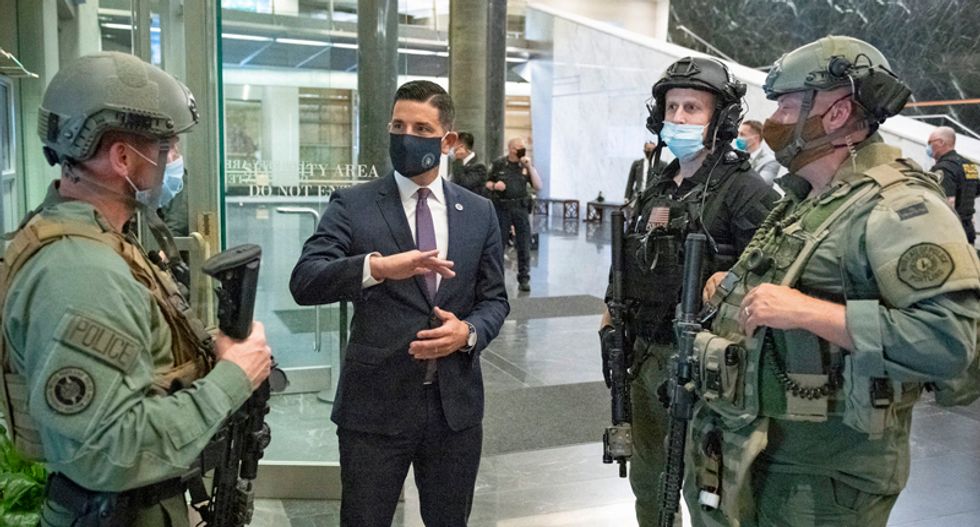 On Tuesday, Politico reported that the Trump administration is planning to deploy a new surge of officers with the Federal Protective Service and other components of the Department of Homeland Security to guard federal buildings during protests — likely at least through the November elections.

One of the things the department is rushing to do, according to Betsy Woodruff Swan, Natasha Bertrand, and Daniel Lippman, is train the officers on how to avoid violating the First Amendment when they engage with protesters.

"One lawyer doing the training told listeners that FPS was 'trying to stay away from citations that relate to First Amendment protected activity,'" said the report. "The lawyers also cautioned trainees that they couldn’t arrest protesters just for making video recordings of them on their cell phones, even if those recordings made them 'uncomfortable' — and that they couldn’t retaliate against those protesters by recording them with their own phones."

"They also discussed a federal regulation that lets FPS officers arrest people for taking photos or videos of federal facilities under certain circumstances — cautioning that while the regulation exists, officers should be cautious about using it because of the First Amendment," continued the report. "And they discussed a tactic called 'cite and release' to quickly remove people from protests without going so far as making a custodial arrest. One lawyer called it an 'invaluable tool' to de-escalate protests."

The deployment of federal officers has come under elevated scrutiny following clashes in Portland, Oregon, where some protesters have been taken away in unmarked vehicles.