Oregon protesters are getting detained by federal agents in unmarked vehicles: report 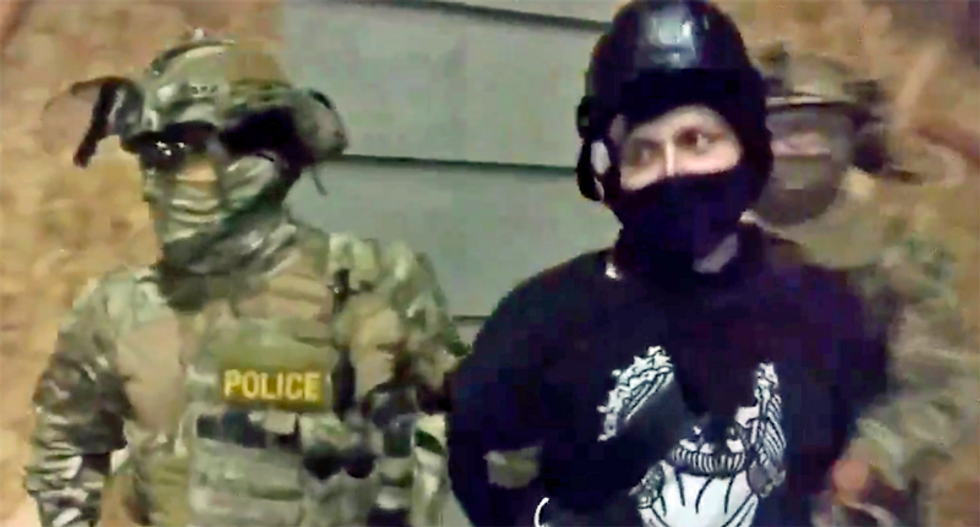 "Federal law enforcement officers have been using unmarked vehicles to drive around downtown Portland and detain protesters since at least July 14," reported Jonathan Levinson and Conrad Wilson. "Personal accounts and multiple videos posted online show the officers driving up to people, detaining individuals with no explanation of why they are being arrested, and driving off. The tactic appears to be another escalation in federal force deployed on Portland city streets, as federal officials and President Donald Trump have said they plan to 'quell' nightly protests outside the federal courthouse and Multnomah County Justice Center that have lasted for more than six weeks."

"Federal officers have charged at least 13 people with crimes related to the protests so far, while others have been arrested and released," continued the report. "They also left one demonstrator hospitalized with skull fractures after shooting him in the face with so-called 'less lethal' munitions July 11."

President Donald Trump has repeatedly threatened to use the federal government to keep order in the Black Lives Matter protests that sprung up nationwide in the wake of the police killing of George Floyd in Minneapolis. He even threatened to send in the military.