‘Dude get a grip’: Ex-RNC chair tells Trump to get over himself for being slapped down by Reagan Foundation 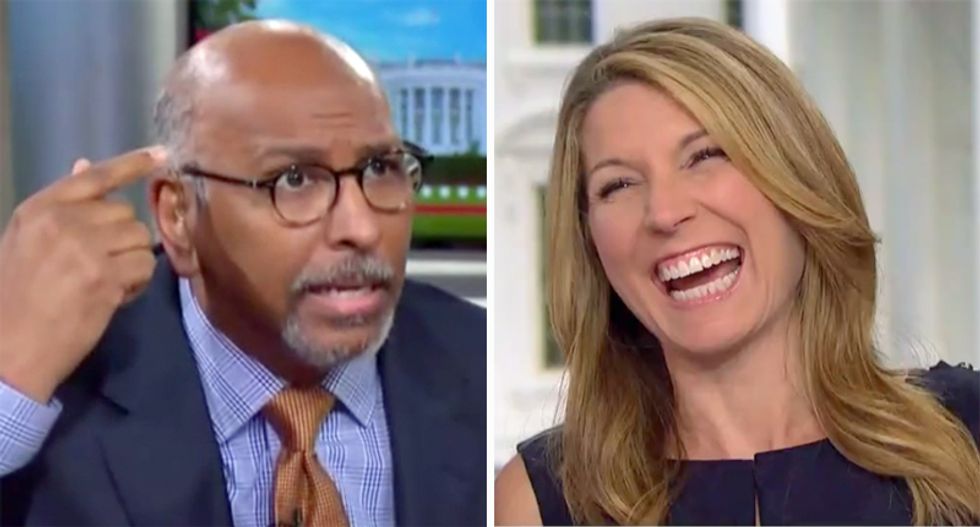 Another strange and unpredictable moment in 2020 came when the Ronald Reagan Foundation sent President Donald Trump a cease and desist letter demanding that he stop using the image of Reagan as supporting the president's campaign.

"Do you remember that being a problem?" Former George W. Bush aide Elise Jordan asked. "It really is just mind-blowing how absolutely tacky this administration manages to be consistently. And then just not to say, 'Okay, got your point, we're not going to keep doing this.' Instead Trump has to be nasty and tweet about it."

MSNBC's Nicolle Wallace, who worked with Jordan, agreed that it was certainly rare. Republican National Committee Chairman Michael Steele explained it was because "that is Trump."

"Someone smacks him and he comes back ten times harder," said Steele. "But it is absolutely laughable that the man who became a Republican in 2015 is calling every other Republican on the Reagan folks and Paul Ryan a RINO. Dude, get a grip, seriously. It is so laughable. It is so ridiculous. It just speaks to just who he is. And we get in these moments and everyone kind of goes around and goes, 'Well, are you surprised by that?' No, I'm not surprised by that because the Reagan Foundation and the Reagan Library and anything associated with Reagan defineds modern-day conservatism. [Trump has] bastardized it. He's made it a punchline for even the worst comedians out there, getting a good laugh at the Republican Party at this point gib the way Donald Trump has taken it."

He closed by saying it wasn't a surprise to him to hear the foundation say that Trump isn't consistent with the Reagan values.