Florida man bellows 'I feel threatened!' and menaces shopper who asked him to wear a mask 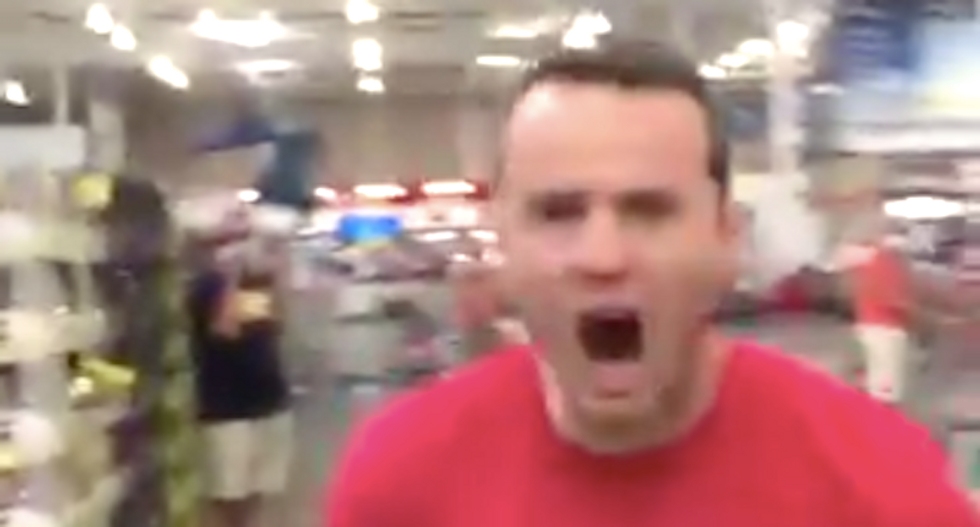 A man wearing a Revolutionary War-themed shirt bellowed at another shopper who asked him to wear a mask inside a Florida store.

Video posted on Twitter shows the white man, who appears to be in his 20s or 30s, confront the other customer while shopping in Costco at Fort Myers.

"Stay six feet away from me," says the other shopper, who is identified as an elderly woman on social media.

"You're harassing me and my family," the man says.

The audio cuts out for a moment, and then the younger man advances menacingly toward the other shopper.

"I feel threatened," the man bellows, clenching his fists and continuing to advance. "Back up. Threaten me again."

A girl can be heard in the background trying to calm her father, who halts his advance before turning back to bellow once more.

"Back the f*ck up," he screams, clenching his fists and advancing toward the shopper again. "Put your f*cking phone down."

The man finally turns around and walks away as the video clip ends.