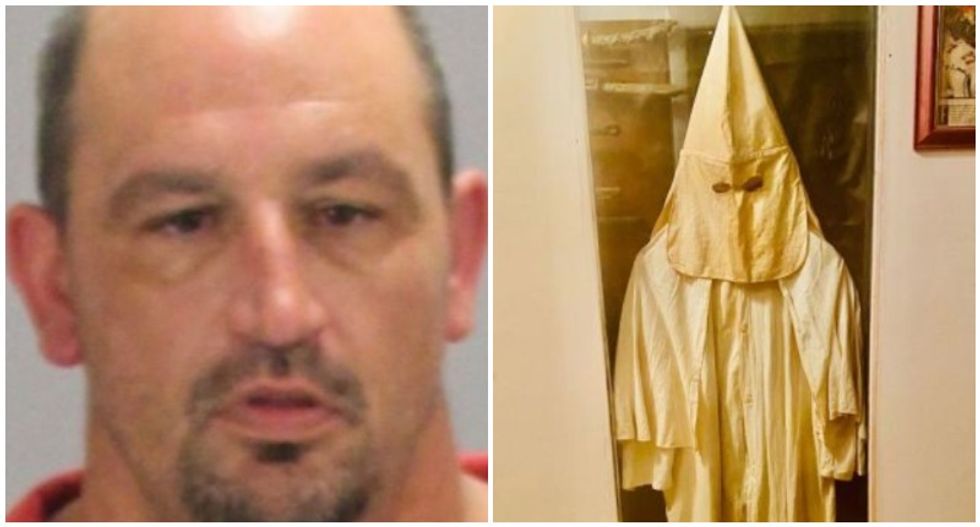 A police search of a home in Clayton County, Georgia, revealed some disturbing findings, according to Fox5.

When executing a search warrant on the suspected meth house, deputies found around 7 ounces of methamphetamine, a small amount of marijuana, a handgun, and around $5,000 in "drug money." They found an "original" KKK robe.

According to officials, the robe is around 60 to 70-years-old.

"Longtime neighbors stated they found it a little extreme when on Halloween they would see nooses hanging in the front yard, but they never imagined where the idea probably originated from," Clayton County Sheriff Victor Hill said in a statement.

The man, identified as Eric Spencer, is now in the Clayton County Jail.