'Get out of here': Colorado woman tries to run Black man out of the neighborhood — until she realizes she's on camera 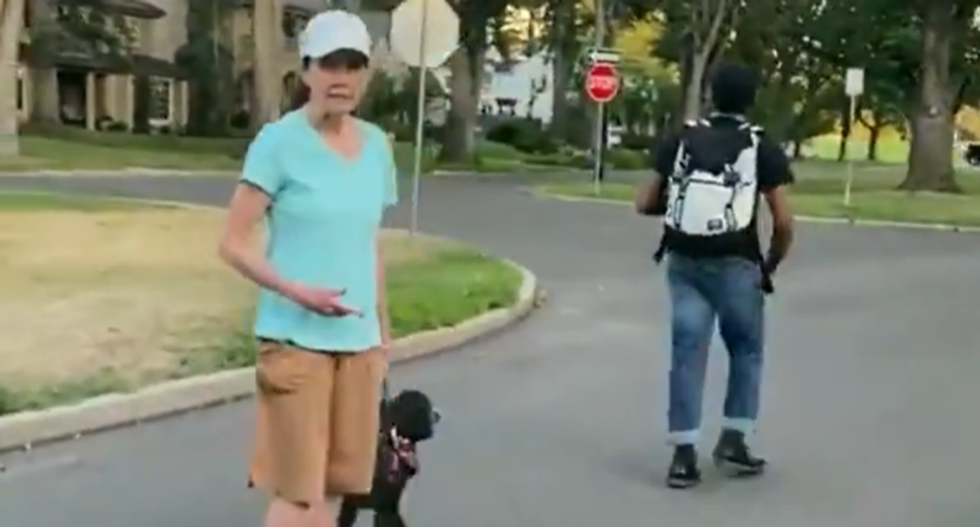 On Monday, a viral video captured by a young woman walking her dog in Denver showed a white woman, also out with her dog, telling a Black man to leave the neighborhood.

"Get out of here," snapped the woman.

"Let him walk!" said the younger woman with the cell phone.

A few seconds later, the older woman turned around, noticed she was being recorded, and froze.

"Oh, you're having a problem with this?" she said.

"Yeah, just let this guy walk on the street!" the young woman replied. "He's not bothering you."

"C'mere," said the other woman.

"I don't want to come here!" she replied, after which she turned around and left.

It is unclear what led up to the incident.