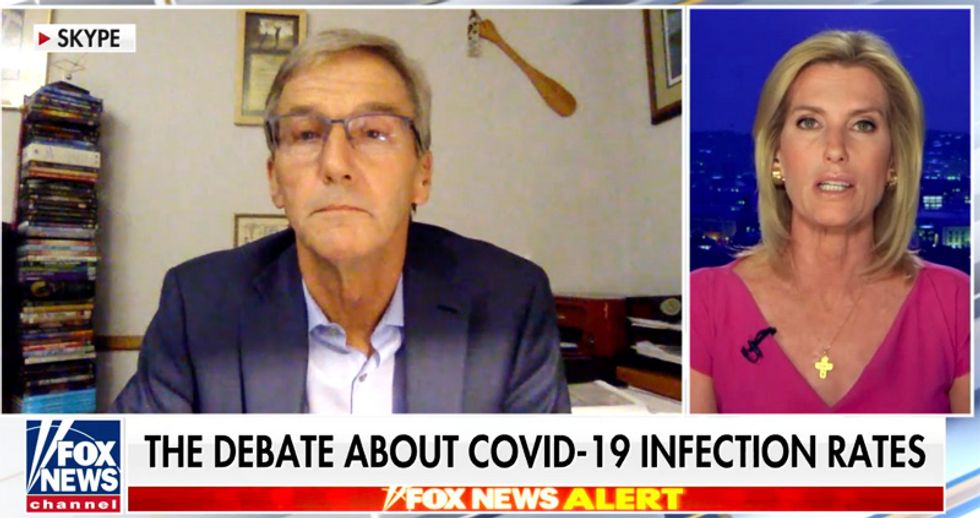 A Minnesota doctor who serves on the state Senate announced on Sunday night that he is being investigated by the state medical board over comments he has made about the coronavirus pandemic, reports the StarTribune.

Sen. Scott Jensen, R-Chaska,  is under fire for comments he made on Fox News, where he told Laura Ingraham that the  Minnesota Department of Health was “coaching” doctors to apply COVID-19 as a cause of death in some patients before receiving confirmations from labs. In a seperate interview on a local Fargo  news show, Jensen told the host, "... fear is a great way to control people," later adding, “The fear with COVID-19 has been ratcheted unbelievably high. There have been a lot of figures in government who are trying to frighten people and, in that way, get them to do what they want.”

Those comments have drawn scrutiny, coupled with previous statements about opposing state-mandated vaccinations for children and his defense of Donald Trump's proposal to use hydroxychloroquine as a possible treatment for COVID-19.

According to the Star-Tribune, Jensen received a letter notifying him of the inquiry and he is not happy about it.

“When I got this letter, I was ticked,” Jensen said in the video posted online Sunday night, while also saying he feels like he is being "targetted."

You can watch video of him below: