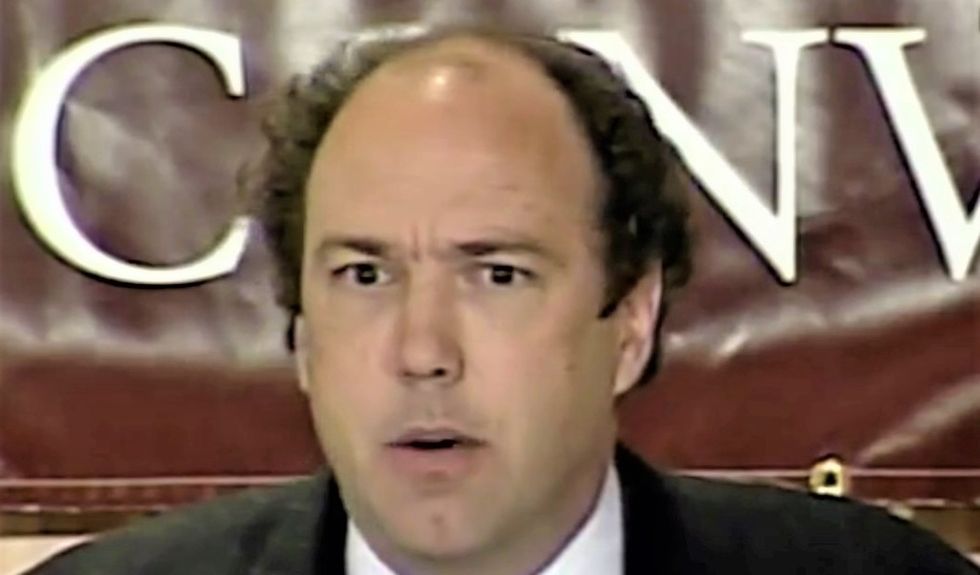 On Monday, the Argus Leader reported that Paul Erickson, a former Republican political operative, has been sentenced to 7 years in federal prison for wire fraud and money laundering.

Erickson originally made headlines for his romantic involvement with Maria Butina, a Russian activist who admitted to infiltrating the National Rifle Association and other GOP circles as a foreign agent. However, the charges that led to Erickson's conviction were unrelated to the Butina scandal.

"Erickson came under the scrutiny of federal investigators who were monitoring Butina," wrote Jonathan Ellis. "That scrutiny lead to an investigation of his various business enterprises, which existed to defraud investors. For example, Erickson had defrauded conservative investors starting in the late 1990s out of a company called Compass Care, which promised to build Christian-based nursing homes. He also had a venture in the Bakken Oil Fields in North Dakota that he used to defraud investors, according to his indictment. It was the Bakken incident that lead Erickson to plead guilty."

"Judge Karen Schrier said Erickson had schemed former classmates, family members, even his god mother when she was ill," said the report. "'You’re a thief, and you have betrayed your friends and family, pretty much everyone you know,' Schreier said."