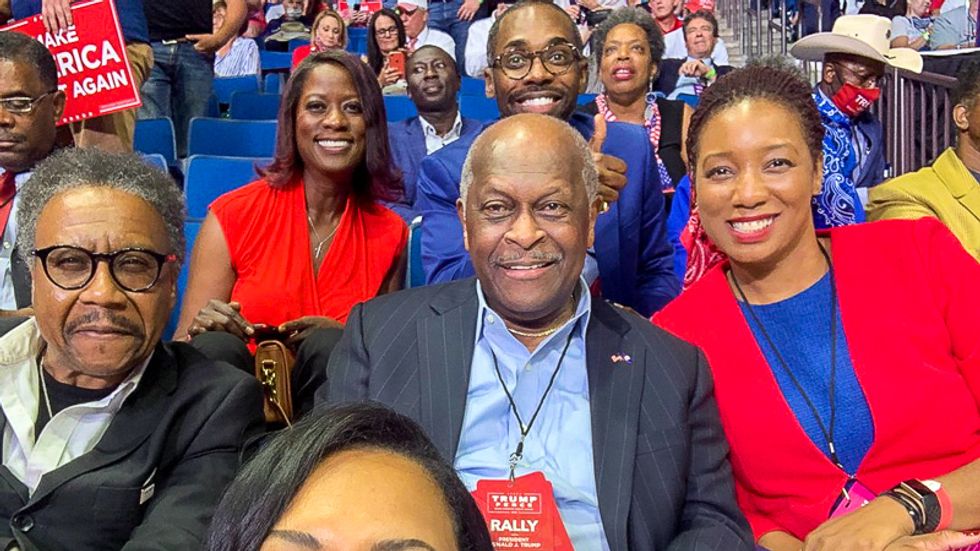 In a statement on Thursday, a spokesperson for Cain said that he had been admitted to an Atlanta-area hospital.

Cain was said to not be in need of a ventilator at this time.

We are sorry to announce that Herman Cain has tested positive for COVID-19, and is currently receiving treatment in… https://t.co/dlH6tyK8lR
— The Cain Gang (@The Cain Gang) 1593709200.0

It was not immediately clear if others had been told to self-quarantine due to contact with Cain.