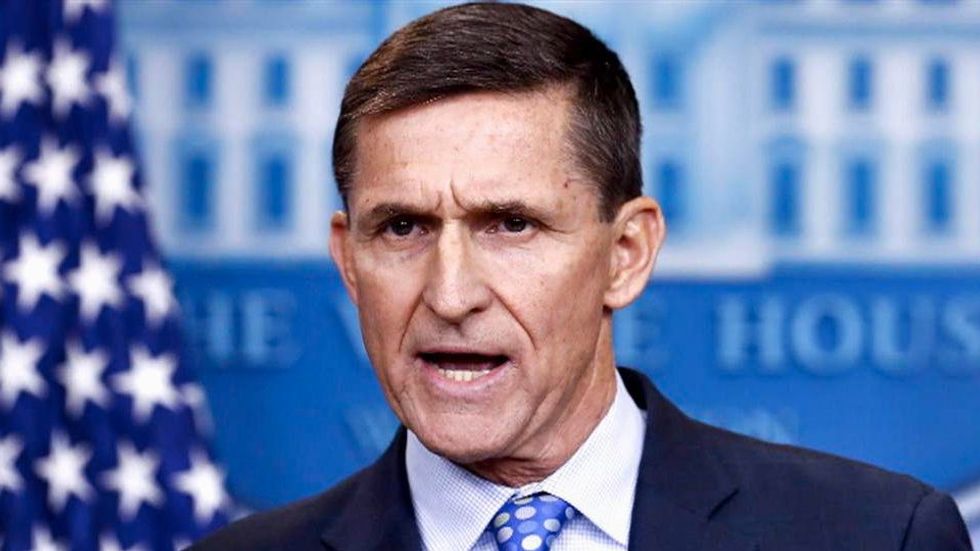 MSNBC host Joy Reid couldn't help but note that this man was previously the United States National Security Advisor in charge of relaying serious threats to the president.

According to Flynn's lawyer, the pledge that he filmed closes with "where we go one, we go all," which is the motto of the group QAnon. But the lawyer said that the oath wasn't what Flynn was taking while raising his right hand for the video. Flynn also added #QAnon to his Twitter profile and began posting QAnon memes.

"You know, a few years ago, when he wrote his book about a vast global conspiracy that was against the United States, that was made up of Venezuela, North Korea, Iran, ISIS, al Qaeda and Russia, we all in the intelligence community thought, 'It's good he's gone because that's nutty,'" recalled Nance. "This is order-of-magnitude beyond nutty. Michael Flynn is over the edge. That pledge, that 'whole where we go one, where we go all,' that is a conspiracy theory that the FBI has called a threat to the national security of the United States. I know, going through this whole trial, him confessing to the crimes he confessed to, trying to reengineer a way out of it, has put the zap on his head. I will tell you, he's lost it. He cannot stand now in any platform with any decency without people thinking he's crazy, because it appears he is."