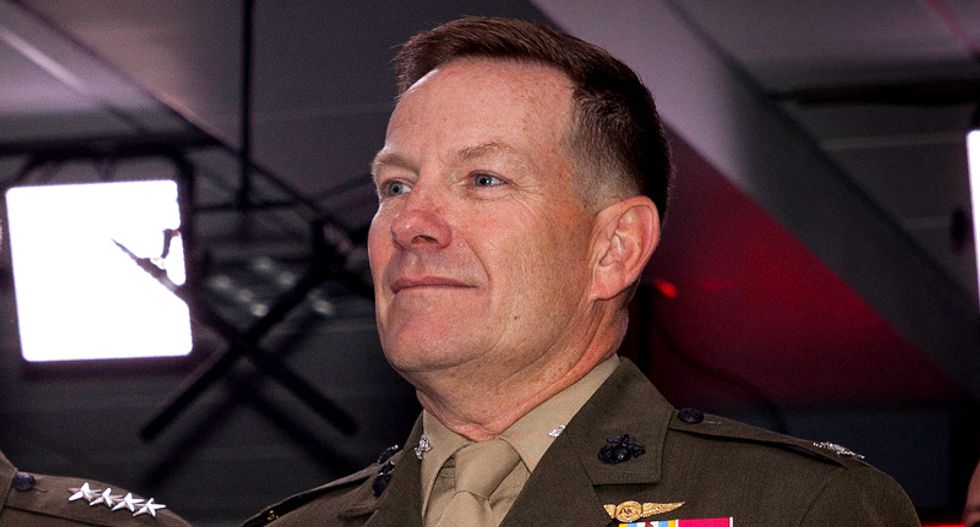 A former Trump administration official is calling out the president for his decision to send federal agents into American cities to clash with anti-police brutality protesters.

David Lapan, who served as the spokesman for the Department of Homeland Security under Trump, has written a length analysis for Just Security in which he says the president is harming DHS's mission to protect Americans with his heavy-handed operations against American citizens.

Lapan then breaks down how the Trump-led DHS has treated the city of Portland like an occupying army rather than a police force aimed at protecting and serving the community.

"DHS and other federal agencies have deployed law enforcement officers in military-style uniforms, wielding weapons associated with combat forces abroad," he explains. "Their uniforms, equipment, and tactics have created the distinct appearance of yet another armed military response to protest and elements of civil unrest."

Lapan notes that Trump's reliance on keeping DHS run by acting -- rather than Senate-confirmed -- officials makes it easier for him to push them to do his bidding, as they can be easily fired and replaced by lackeys who won't resist his orders.

All of this is creating a chasm of mistrust between DHS and the citizens it is supposed to be protecting, which Lapan says will make it far more difficult for DHS to carry out its core mission.

"It will take some time and serious effort for the department to recover from the damage done to its credibility and reputation over the past three-plus years," he concludes.