In virus-hit Texas and Arizona, refrigerated trucks to store dead 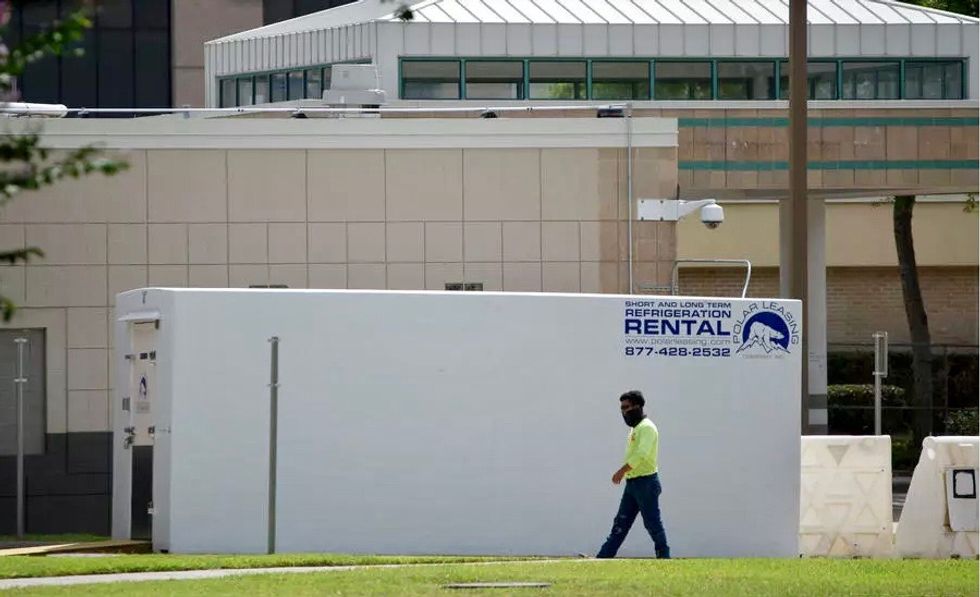 When the coronavirus outbreak first escalated in the United States earlier this year, New York was forced to use refrigerated trucks to handle the overwhelming body count.

Now, as the Sun Belt copes with a stark uptick in virus cases and deaths, Texas and Arizona are doing the same thing to ease the burden on their near-capacity morgues.

Earlier this week, Texas topped its daily virus death toll record with 129 fatalities. So far, more than 3,700 people in the state have lost their lives to COVID-19.

In cities like San Antonio and Corpus Christi, authorities monitoring the spiraling caseload are ordering freezer trucks and trailers as they brace for the worst.

"There's nowhere to put them. It sounds terrible but it's true," San Antonio Mayor Ron Nirenberg said this week of the victims.

"We do have refrigerated trucks on standby in the area, should they be needed."

Ken Davis, the chief medical officer for the Christus Santa Rosa health system operating in that area, said: "In the hospital, there are only so many places to put the bodies."

In the southwestern state of Arizona, more than 2,500 deaths linked to the novel coronavirus have been reported.

In Maricopa County, home to the state's capital and biggest city Phoenix, authorities ordered 14 refrigerated trucks on Thursday, with a capacity to hold up to 294 bodies.

The United States is by far the nation hardest hit by the global pandemic. More than 138,000 people have died, according to a tally by Johns Hopkins University.