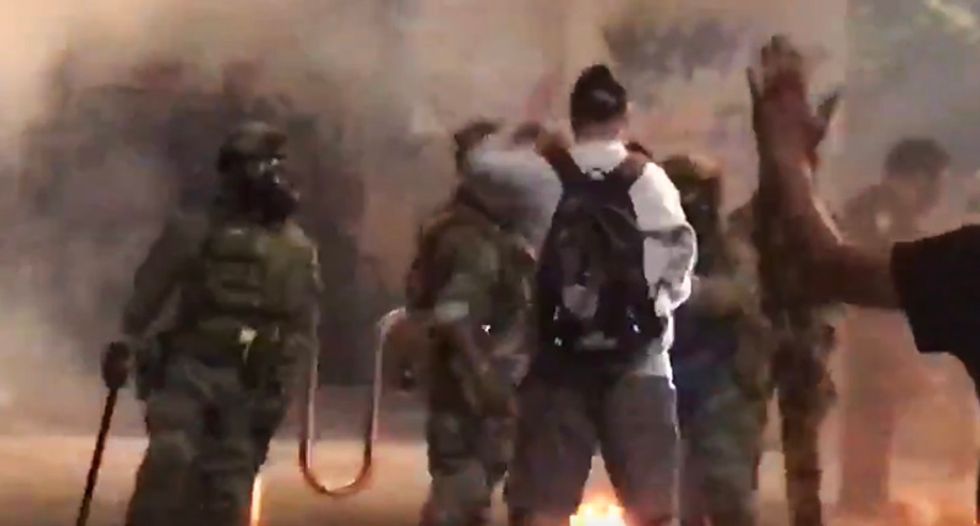 Former FBI director James Comey recoiled from images of federal agents operating in unmarked uniforms against protesters in Portland -- and warned the crackdown won't stop there.

Comey conceded that he's not sure the federal forces are operating unlawfully, but he said in a new Washington Post column that the operation was a dreadful error that undermined public confidence in law enforcement and would provoke senseless violence.

"With some protesters itching for street confrontations with officers in full tactical gear, federal officials are giving a small group of violent people what they want," Comey wrote, "and they are giving the citizens of Portland — and the rest of us, no matter our politics — what we don’t want: the specter of unconstrained and anonymous force from a central government authority. It has been the stuff of American nightmares since 1776."

The sight of camouflaged Homeland Security officers dragging protesters into unmarked vans was so "dumb and self-defeating," Comey wrote, that provoking violence for Trump's perceived benefit seems to be the goal.

"What better way for Trump to demonstrate to his followers that he is 'your president of law and order' than to deploy highly visible federal officers, and in a way that is sure to invite violent conflict, which, of course, demonstrates the need for a law-and-order president?" he added.