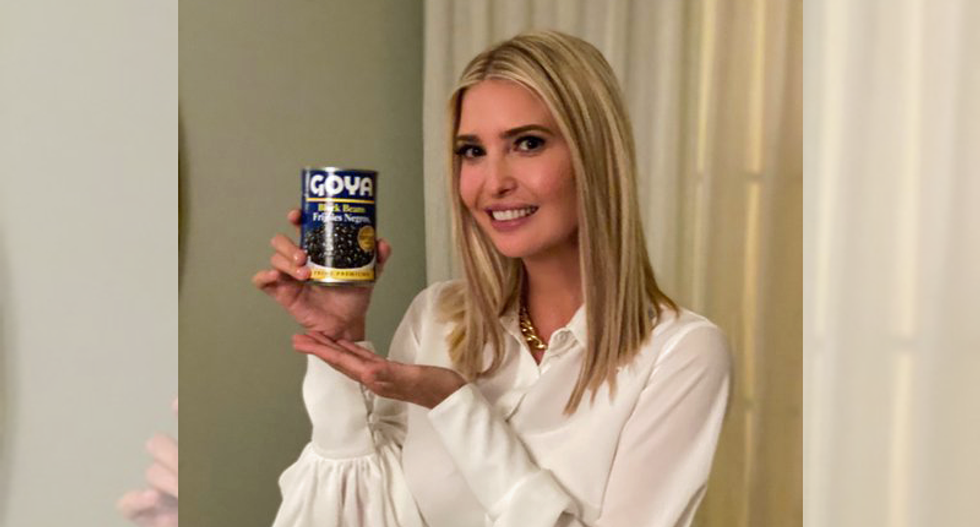 As her big brother was dragging their 14-year-old half brother into the 2020 campaign, senior White House advisor Ivanka Trump was endorsing a line of canned food products.

Goya Foods has been under a boycott since CEO Robert Unavue praised President Donald Trump.

"We are all truly blessed ... to have a leader like President Trump who is a builder," Unanue said during a Rose Garden speech. "We have an incredible builder, and we pray. We pray for our leadership, our president."