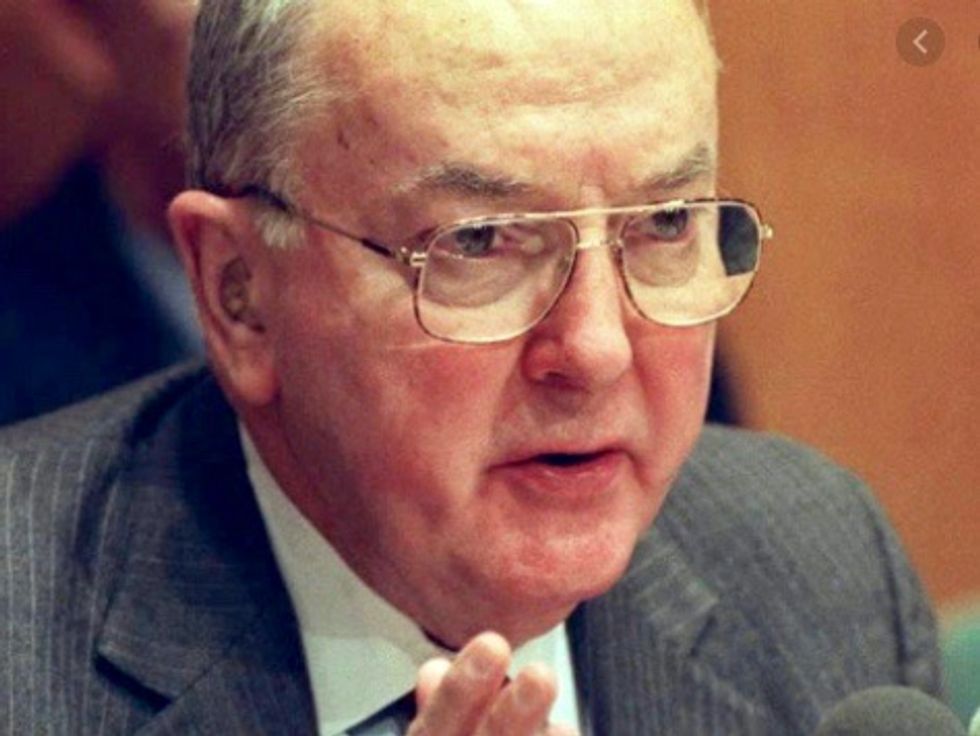 "Abortion care is healthcare and healthcare is a fundamental human right."

Reproductive rights advocates on Wednesday cheered the introduction of the first-ever legislation to repeal the Helms Amendment, which has prevented millions of women across the globe from accessing safe abortion care.

Thank you @janschakowsky for introducing this important legislation. @ACOG is proud to endorse this bill to… https://t.co/9N5SQU8mWY
— ACOG Action (@ACOG Action) 1596049742.0

We did it! Today is a historic day because US advocates and lawmakers for the first time are standing together to e… https://t.co/xbiyEGHhG0
— Serra Sippel (@Serra Sippel) 1596032579.0

"Abortion care is healthcare and healthcare is a fundamental human right," Pressley said in a statement.

The amendment, says RepealHelms.org, is "rooted in racism and colonialism." The new website explains:

The way that the law is interpreted and implemented denies people their reproductive rights and deprives them of the care they want and need. It reduces the availability of safe, legal abortion, denies healthcare providers life-saving equipment and training and censors critical health information.

Every year, roughly 35 million women and girls around the world have unsafe abortions, and millions suffer injuries and disabilities as a result. The Helms Amendment puts lives at risk; when women and girls can't make their own reproductive health decisions, and have limited access to vital healthcare, this means dire consequences for their health. This law has plagued abortion care in the Global South for nearly five decades.

The impacts of the law have been clear to Dr. Ernest Nyamato, who works in Kenya. "Because of these restrictions, too often, an unsafe abortion from someone without training becomes the only option," he said.

What's more, he said, "we are already seeing health inequities grow due to Covid-19 and people using the crisis to try to eliminate abortion access. Global support must help prioritize women's health care, not perpetuate barriers that make it harder for people to get the healthcare they need."

Schakowsky highlighted benefits of repealing the measure in a Twitter thread, writing, in part:

In an op-ed at Rewire.News, the Illinois Democrat further explained why she's working to repeal the amendment:

Its author, former Sen. Jesse Helms, made no secret of his racist views. The Helms Amendment effectively allows the United States to control the healthcare and bodily autonomy of Black and brown people around the world. It imposes our arbitrary and medically unnecessary abortion restrictions on international communities, hinders billions of individuals from being able to exercise their reproductive rights, and deprives them of the care they want and need. Just like the Hyde Amendment, the Helms Amendment puts reproductive and economic freedom out of reach for women of color in order to advance a conservative political agenda. Both amendments must fall in order for us to realize any vision of health equity and reproductive justice.

Pressley, in her statement, also spoke to health inequity.

"For too long, anti-choice policy, including the Helms Amendment and the Hyde Amendment, has dictated who has access to critical healthcare, economic opportunity and bodily autonomy. We must be consistent in our calls to dismantle racist policies that perpetuate inequities and exacerbate health disparities for Black and brown people here in the United States and around the globe," she said.

The proposed legislation, in contrast to the Helms Amendment, represents "a milestone in the journey toward a more equitable world," wrote Zara Ahmed, associate director of federal issues for the Guttmacher Institute, in an NBC News op-ed Wednesday. And, said Ahmed, the Democrats' new measure is long overdue.

This change is needed urgently because the demand for abortion services is only growing: Where abortion is legally restricted, the proportion of unintended pregnancies ending in abortion has increased by 39 percent over the past 30 years. The data is clear: Abortion bans are ineffective, harmful and dangerous.

"It's bad health policy. It's bad foreign policy. It's a disgraceful relic of a right-wing agenda that is utterly divorced from the reality of the lives of the people it hurts, and it is long past time for its repeal."